We found out we could visit a former top secret Soviet military base where they were listening to the communication between Europe and USA – we had to see that!! Between Ventspils and Cape Kolka are endless forests and in the middle of this forest some huge antennas are peaking out of the trees. Of course during Soviet times nobody was allowed to get close to this area as it was a high security military base.

VIRAC stands for “Ventspils International Radio Astronomy Centre” as the antennas are nowadays used to explore the universe in cooperation with other antenna stations in Europe and around the world. 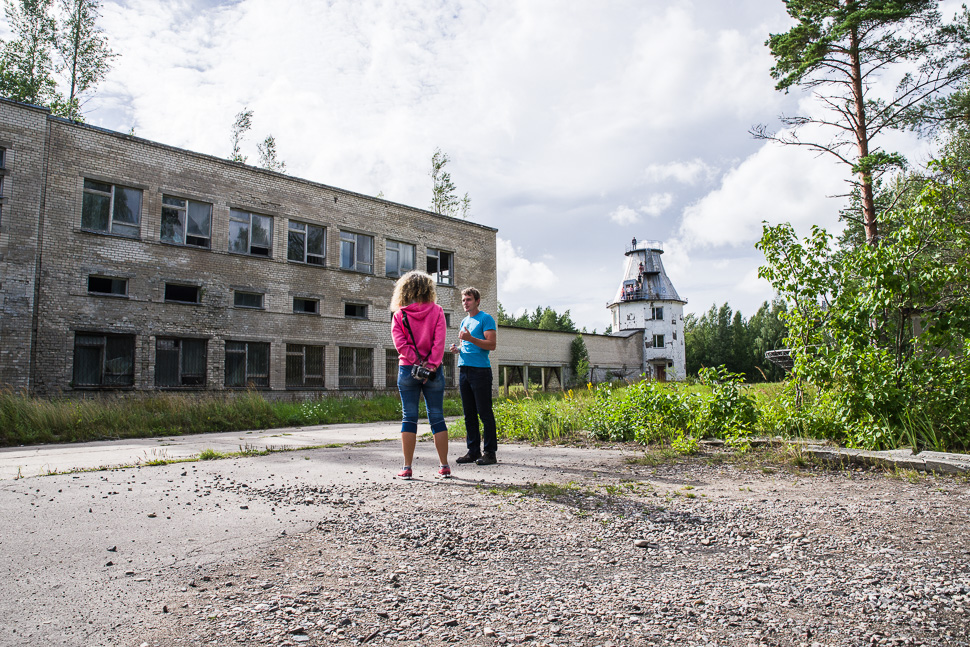 We had booked a tour per mail and a guide awaited us. He made us climb into an old antenna, onto the tower which formerly held this antenna and walk through a dark and narrow 600metres long tunnel once connecting the station with another antenna. A very adventurous tour! 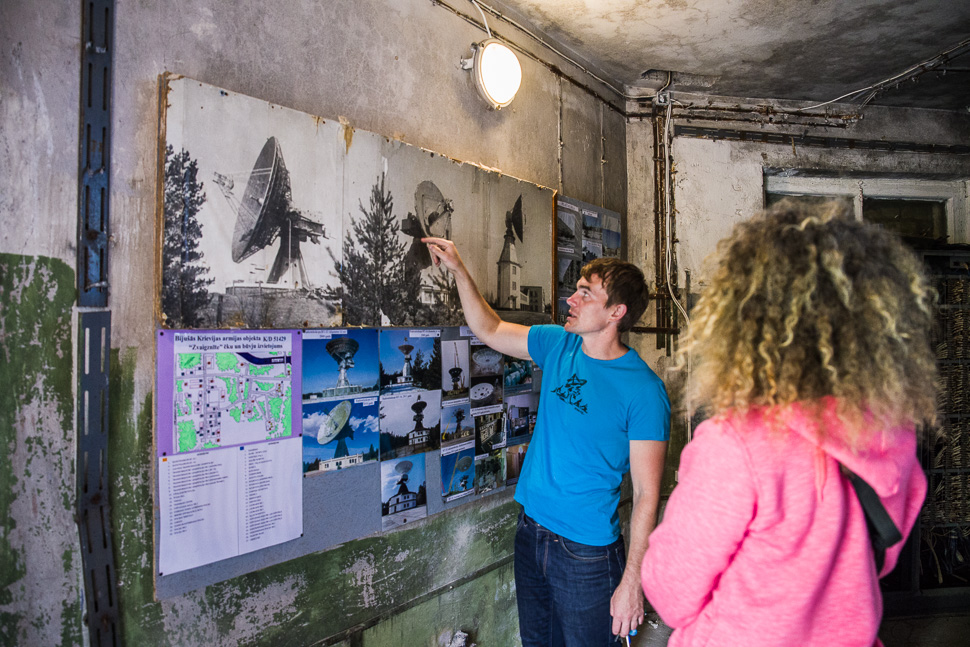 The whole military base included 3 radio telescopes: 32m, 16m and 8m in diameter as well as all the necessary infrastructure for over 2000 scientists, generals and soldiers with their families (including kindergarten, school, shops, technical support houses, 4 block houses with 260 flats, post office etc.) in an area over 400ha. The secret code name for this place was “Звёздочка” (Little Star).

The telescopes were built by the Russian Navy in late 1960. In 1994, when Russian army pulled out of Latvia, the withdrawing troops took most of the equipment with them including the smaller antennas. They also poured acid on the telescope’s motors, cut all the cables, took away all the documentation and destroyed much of the surrounding infrastructure. But they couldn’t take the big telescopes with them. It was a lot of work to repair everything with no manuals and all the wiring destroyed, but they succeeded. The big 32m dish which weighs 60tons was taken down and renovated so that it works now very accurately. 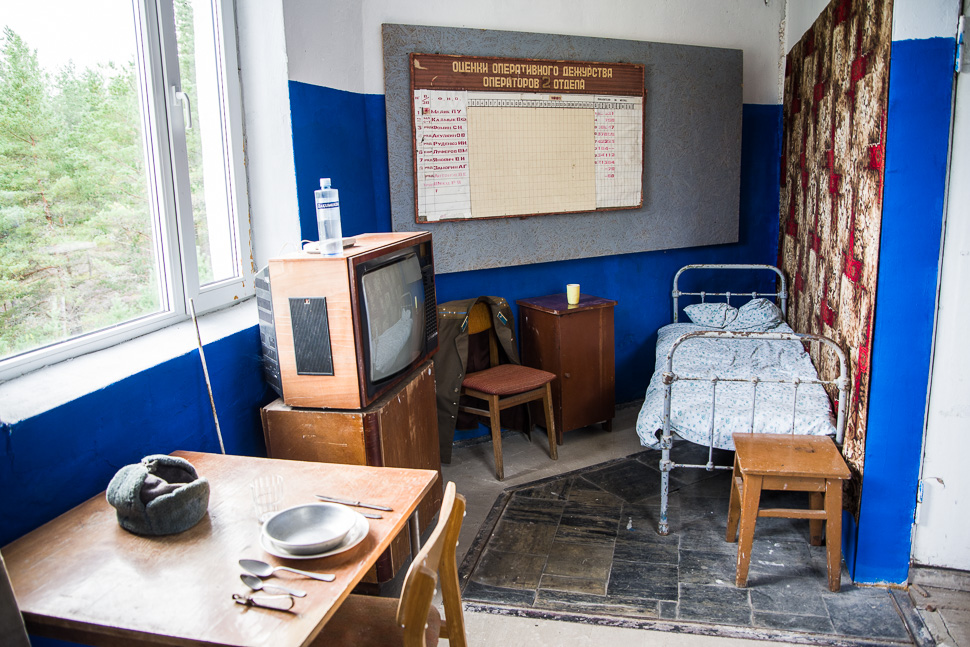 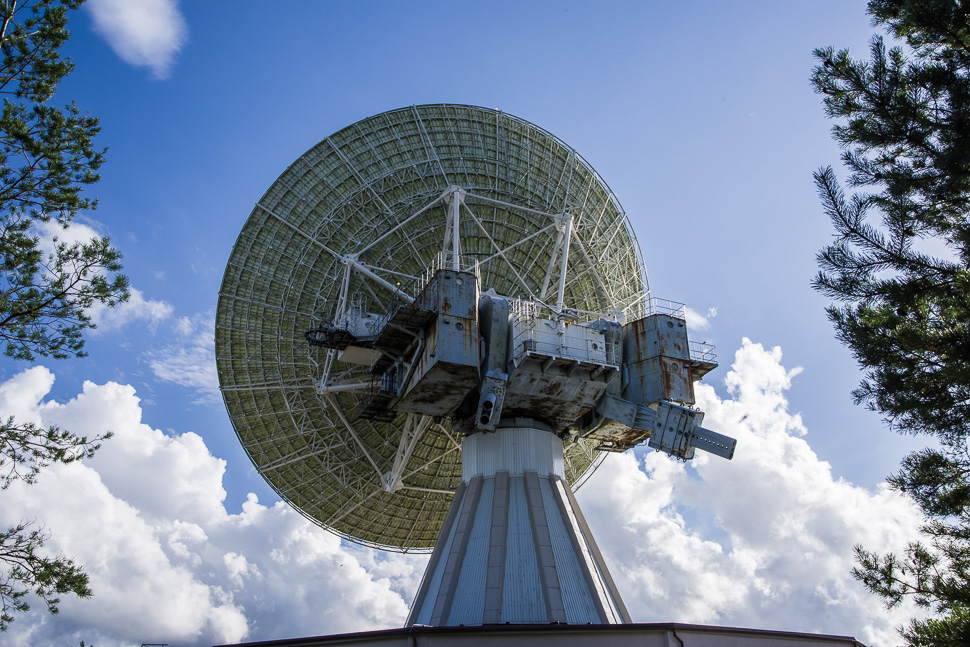 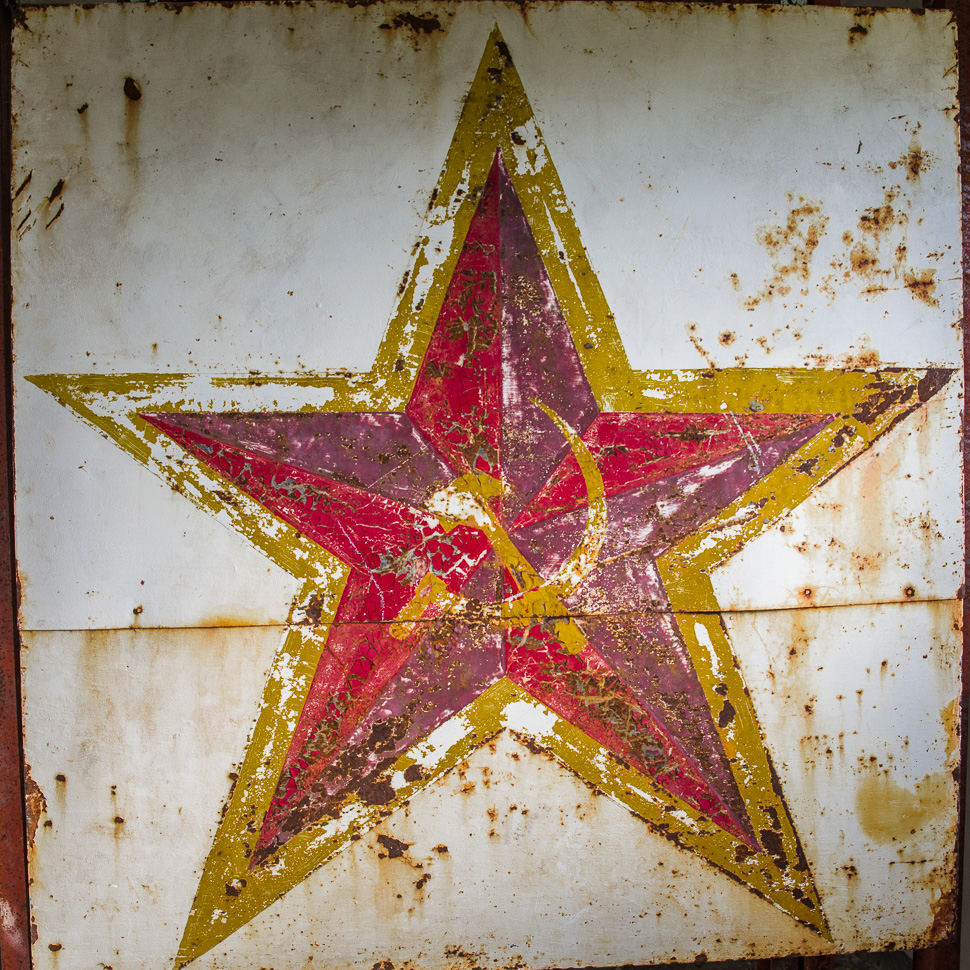