A very rainy day was perfect to make some kilometres to the North. We stopped at a visitor centre which informed us about Finish carnivores and come past a couple of intersting places. We were driving at the Via Karelia, a road leading up through Finland close to the Russian border. Mostly with tarmac we also had many kilometres on dirt road which gave the car a nice patina with the wet weather. 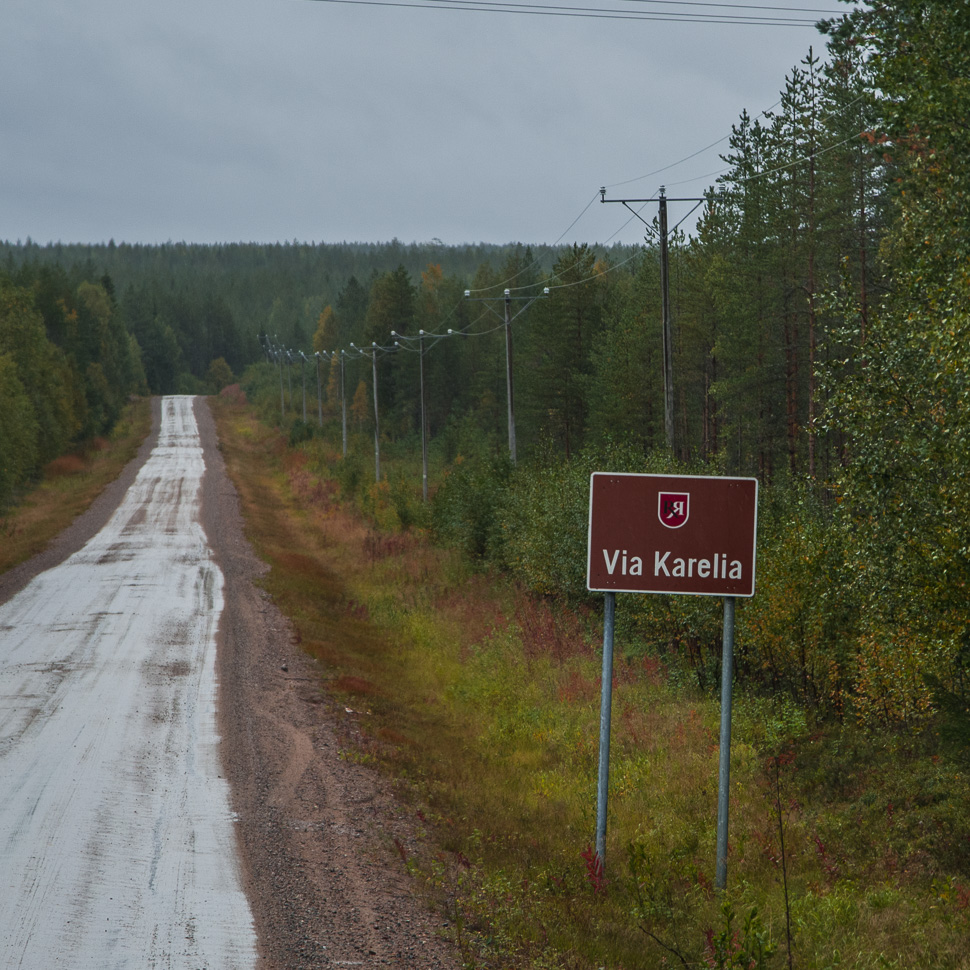 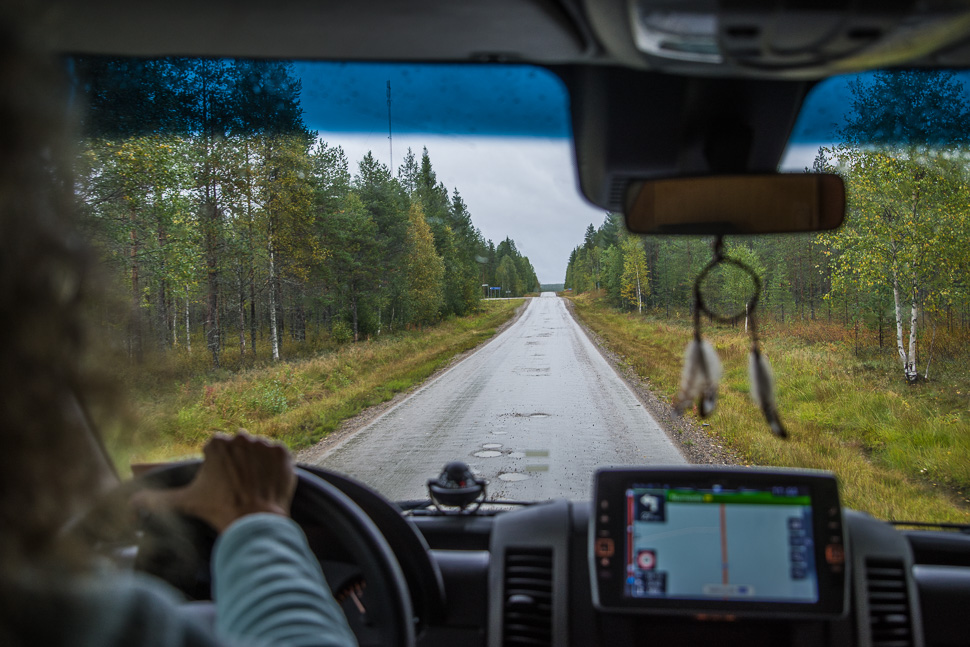 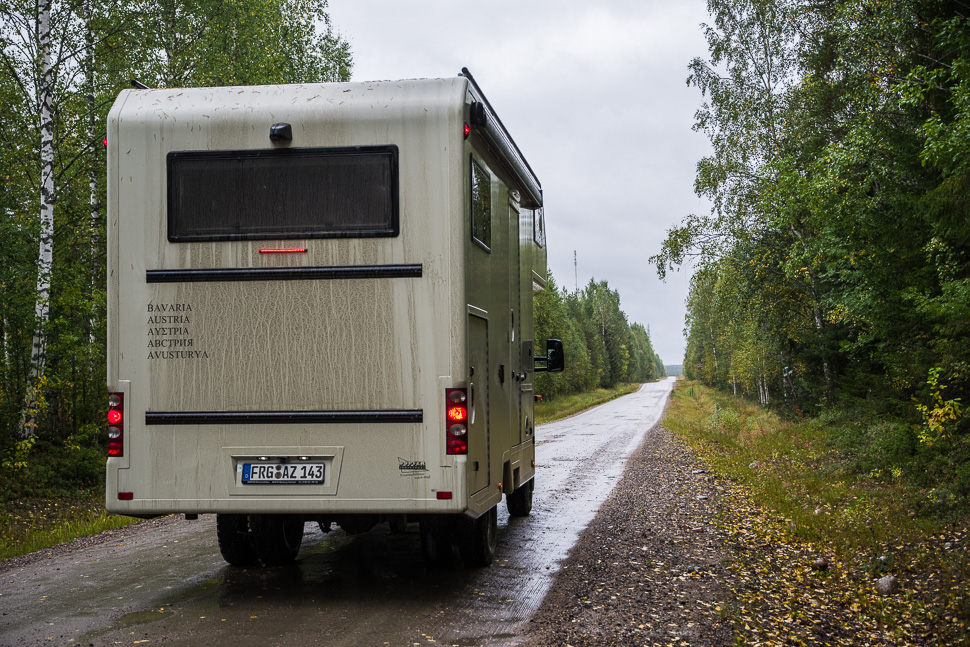 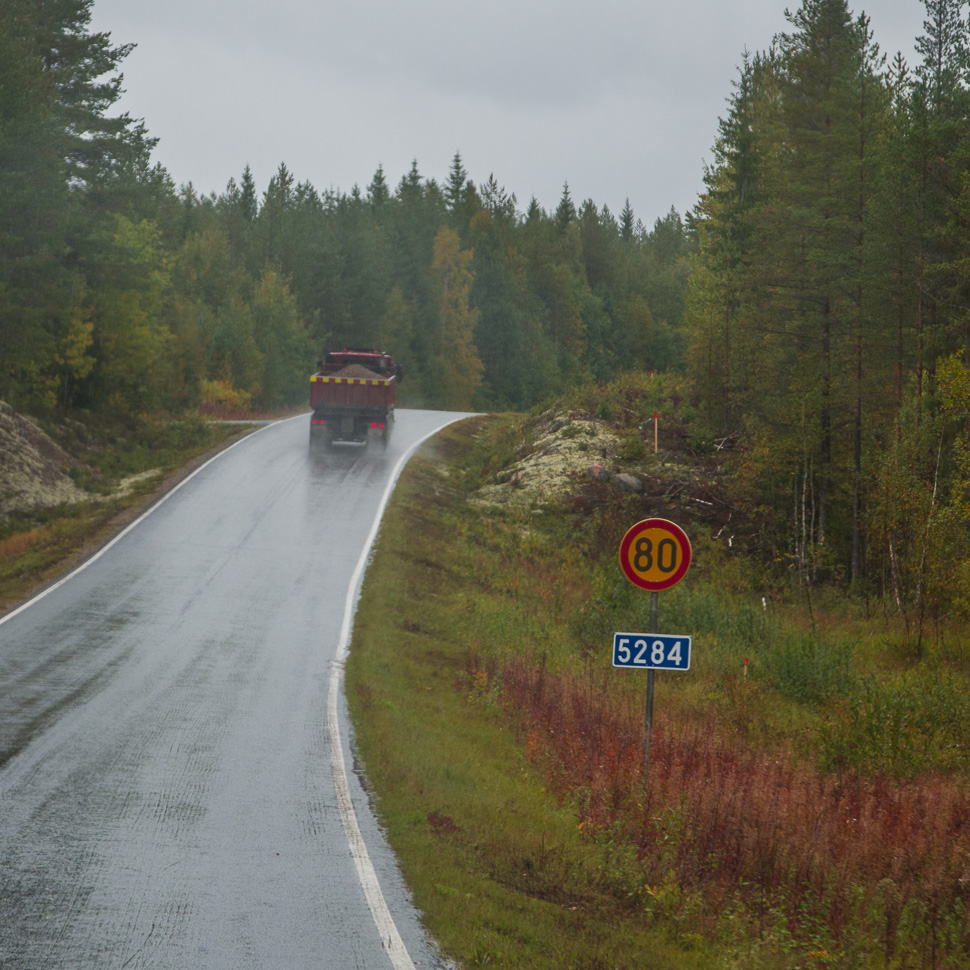 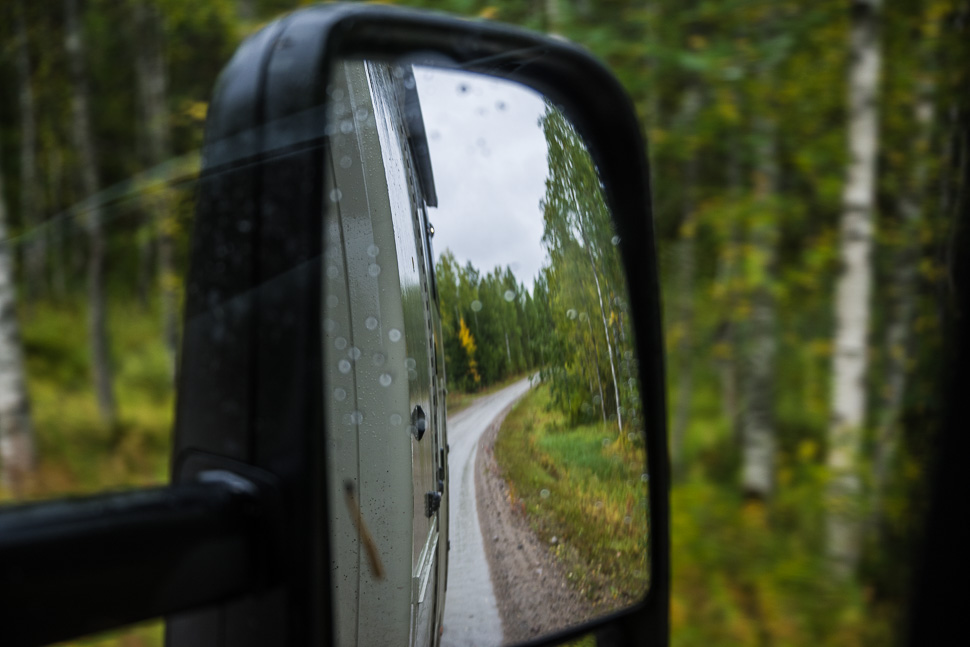 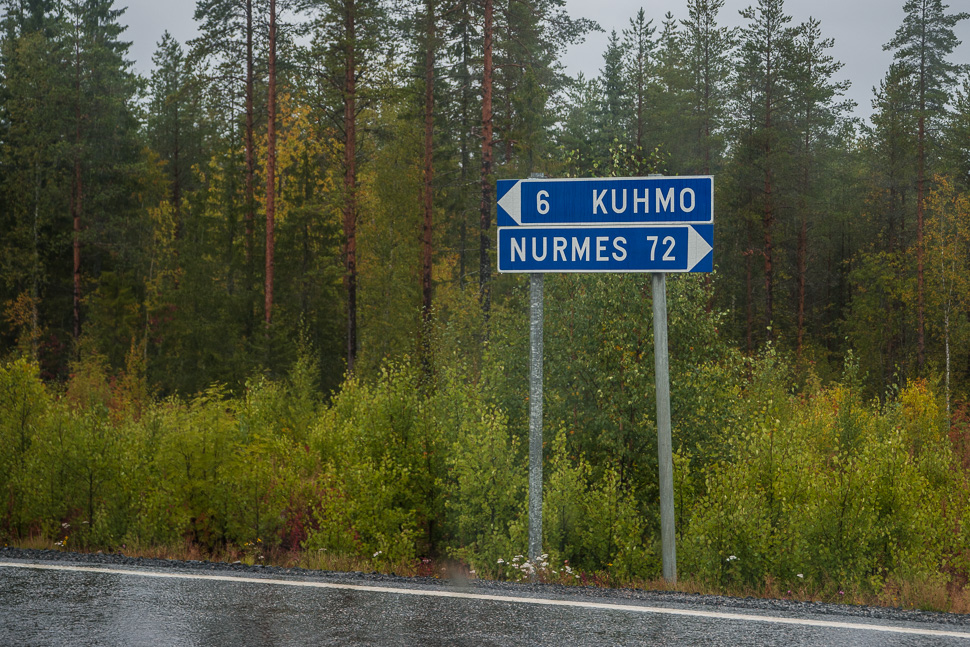 –
In Kuhmo we stopped at the Visitor Centre which informed us about the four big carnivores living in Finland: wolf, lynx, bear and wolverine. They all live in most parts of the country, but to see one of them in the wild we will have close to cero chance. 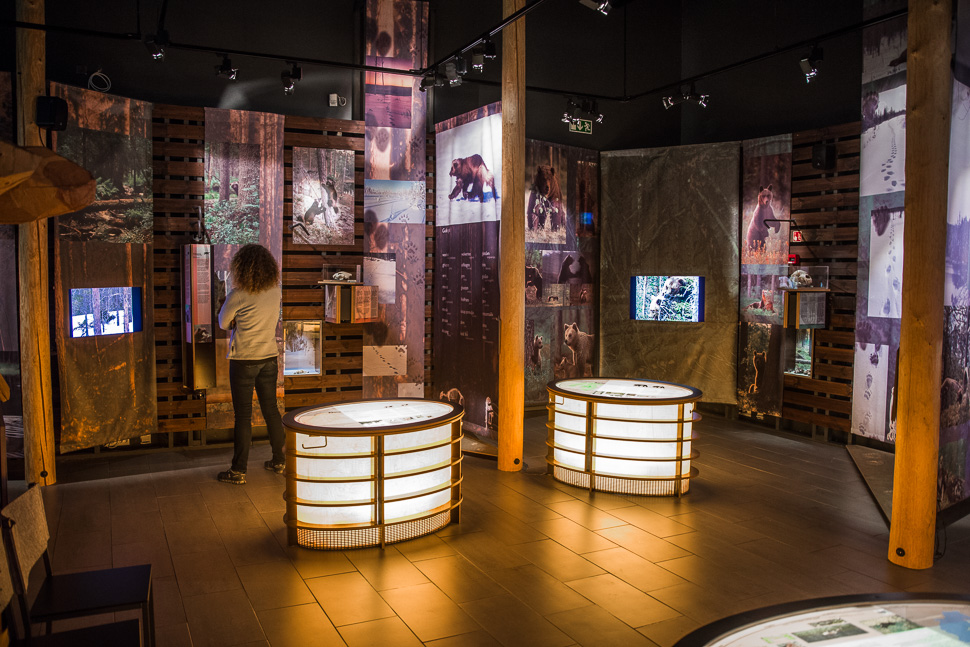 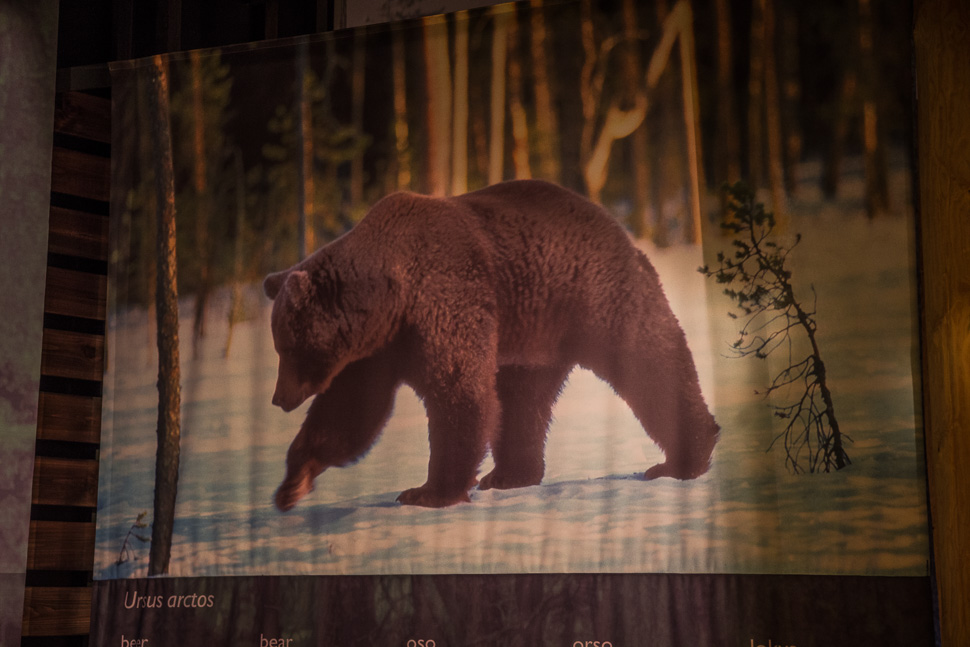 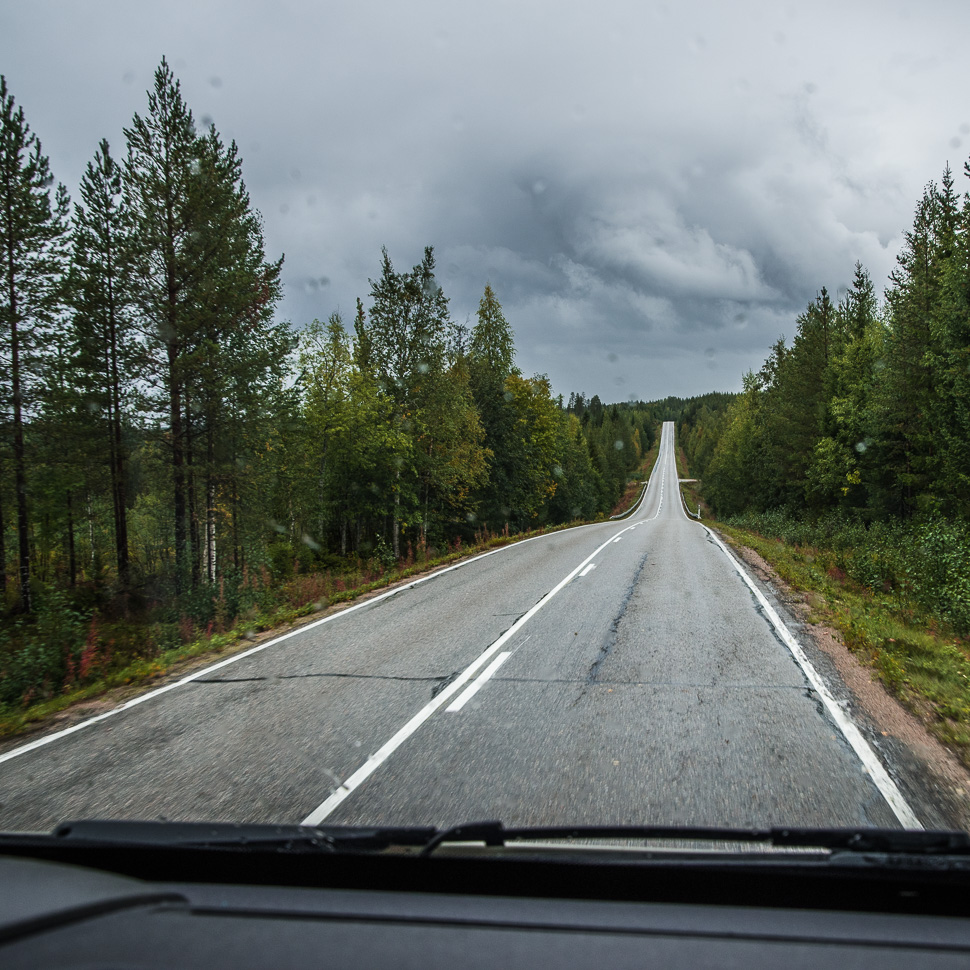 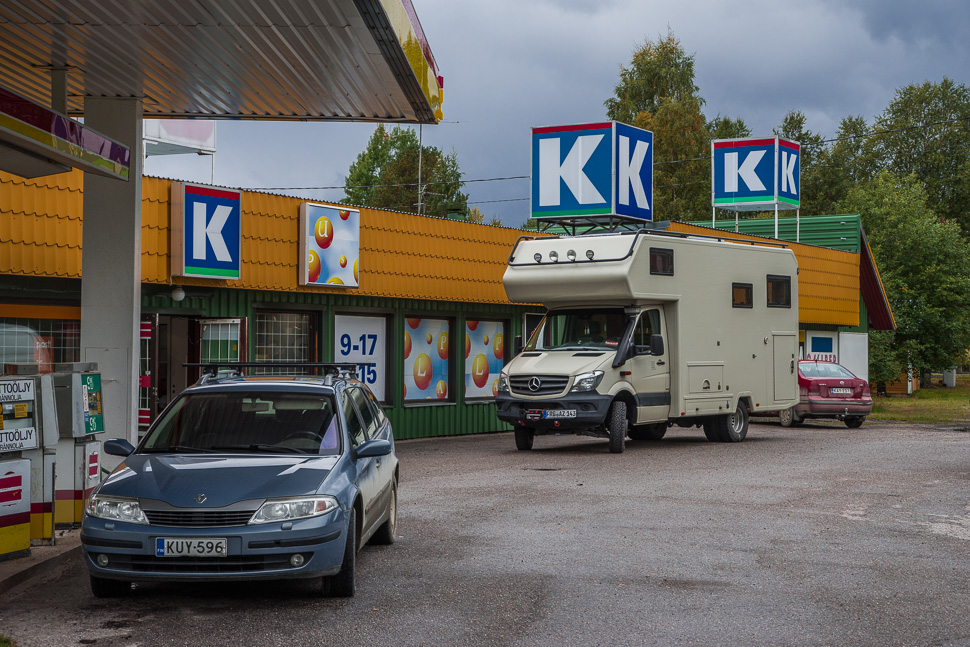 –
In the middle of nowhere, along this road with no village for tens of kilometres, we suddenly came past a supermarket. We stopped for a coffee, a chat with the owner and in the end a bag full of shopping. 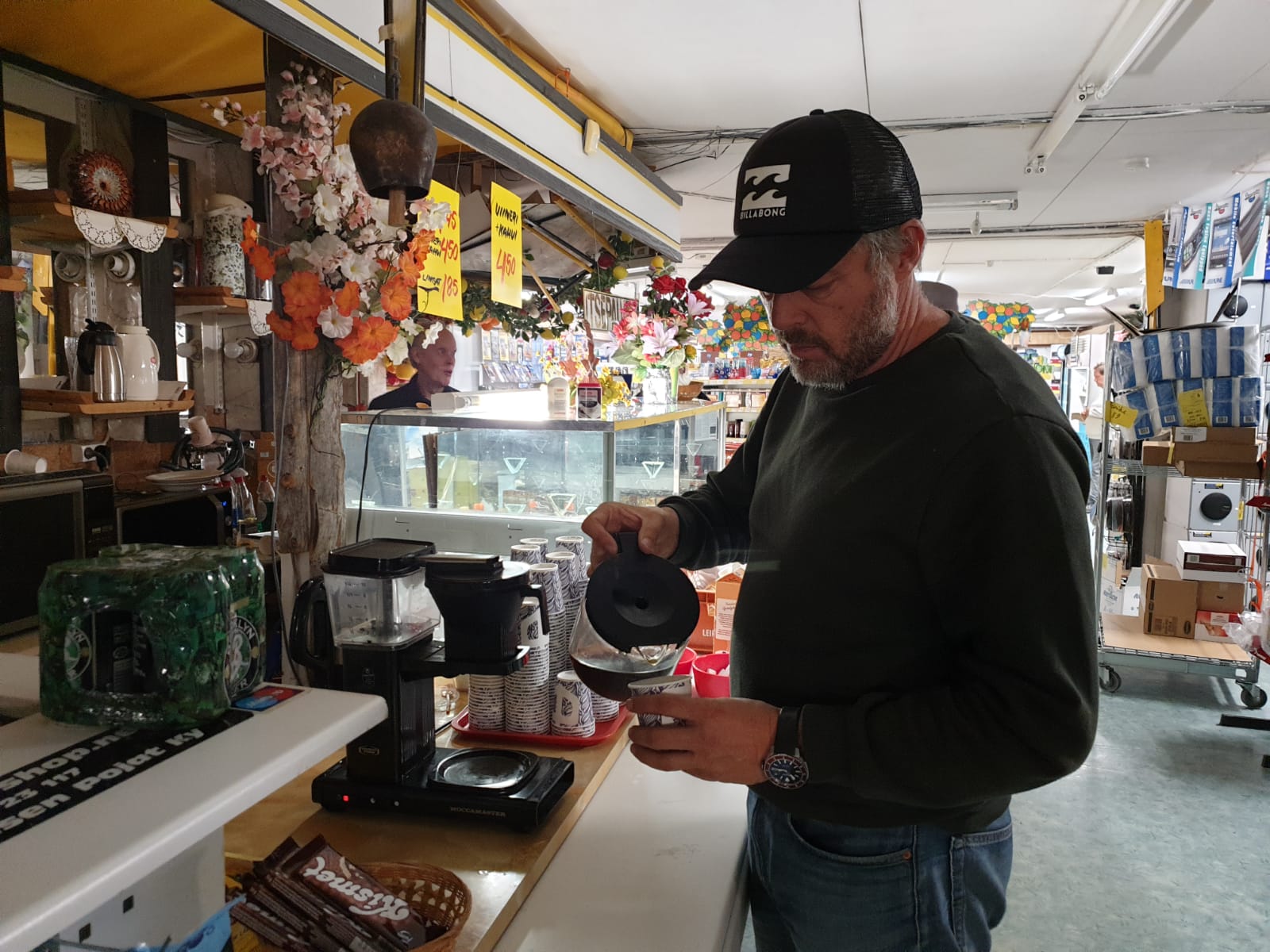 It has it all: gas station, post office, cafe, supermarket, bakery, hifi store. It was nice to have somebody to point out the specialities or help you find a product you can’t identifie with this weird Finish words. 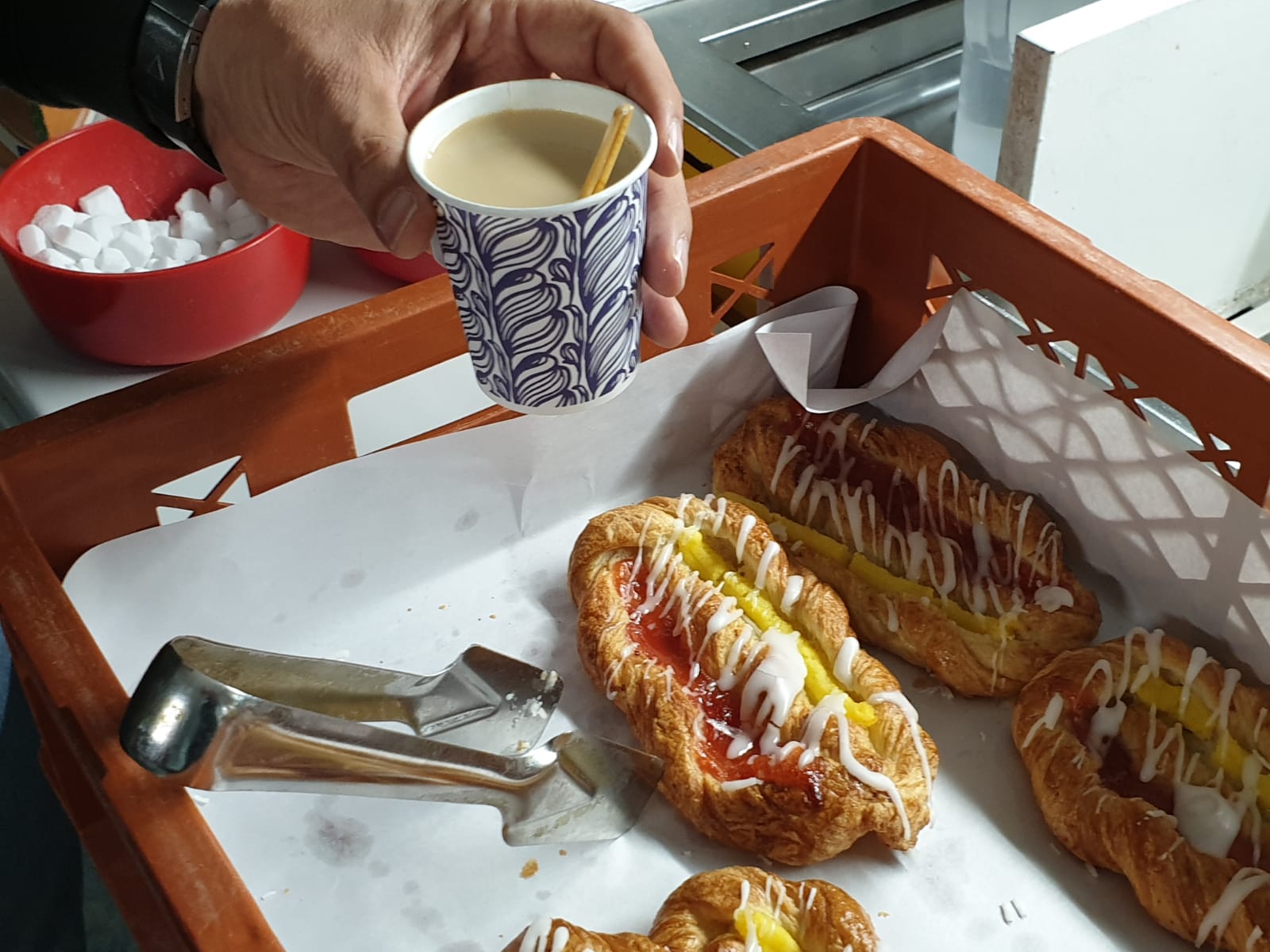 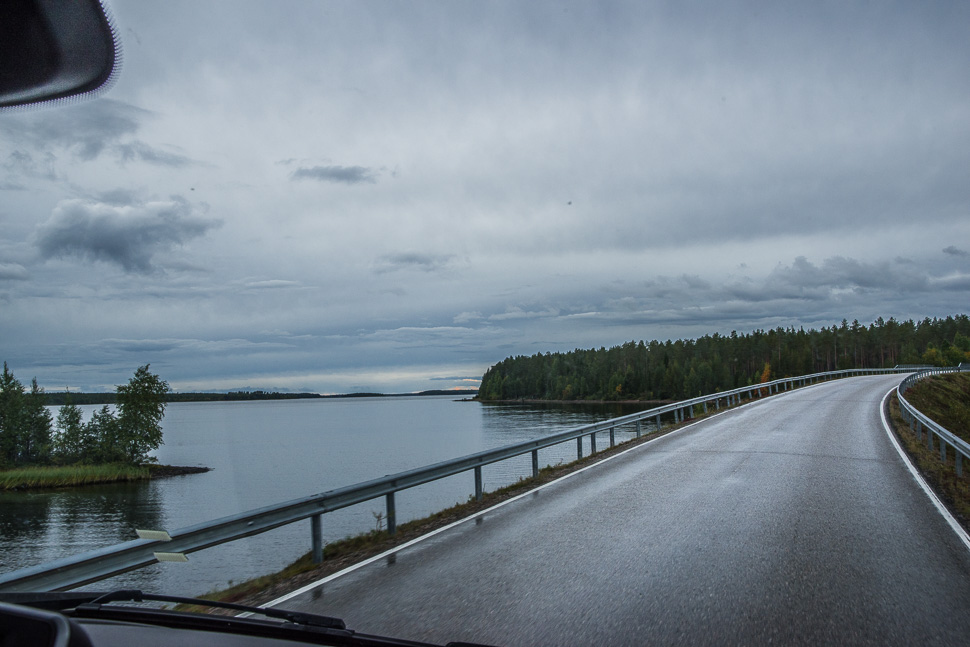 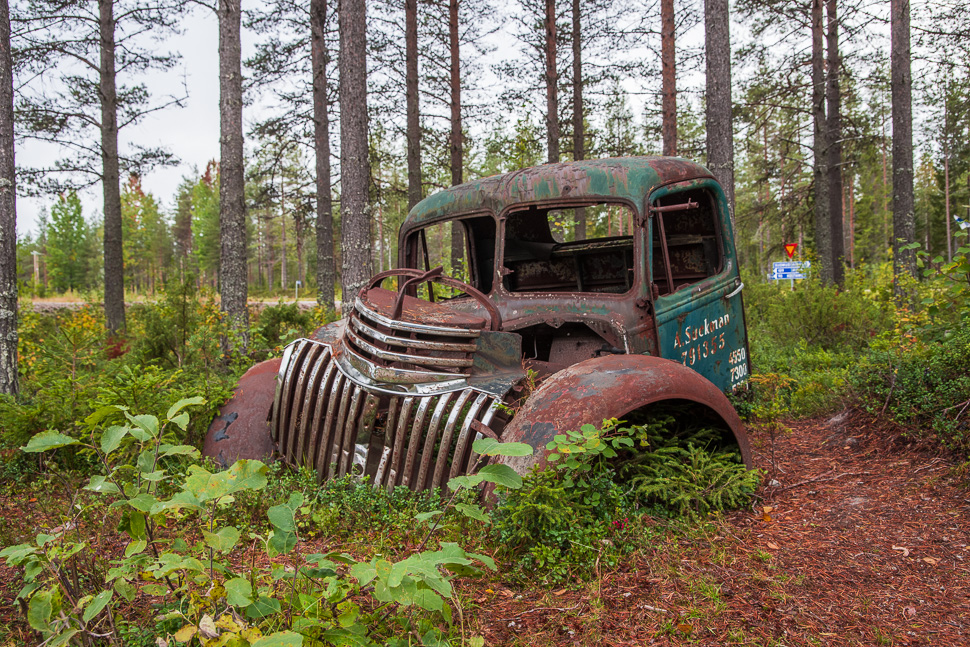 –
South of Suomussalmi a monument reminds of the battle which was fought here during the Winter War 1939/40 against the invasion of the Red Army. 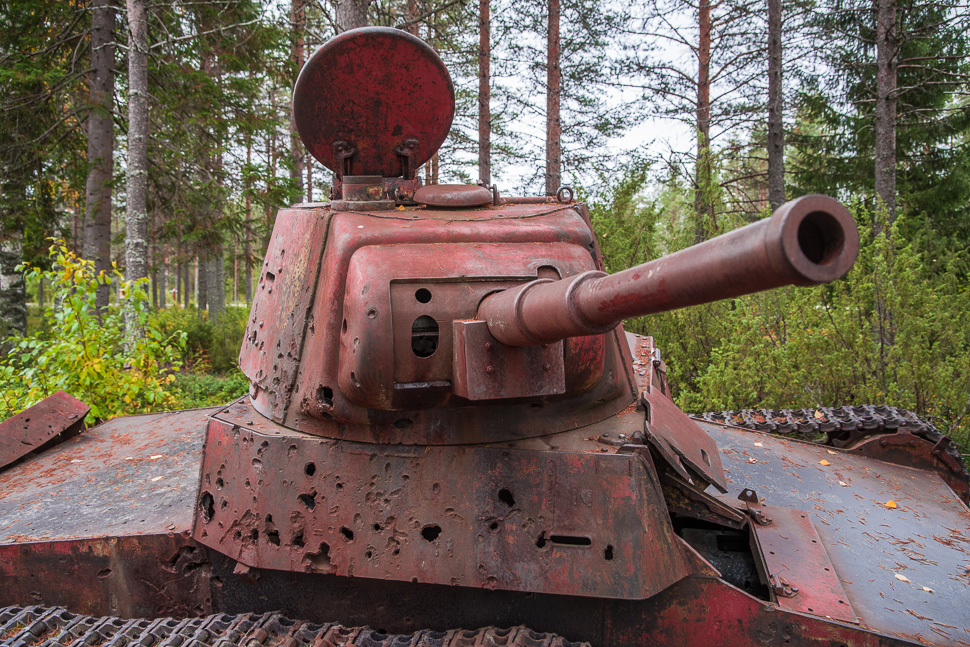 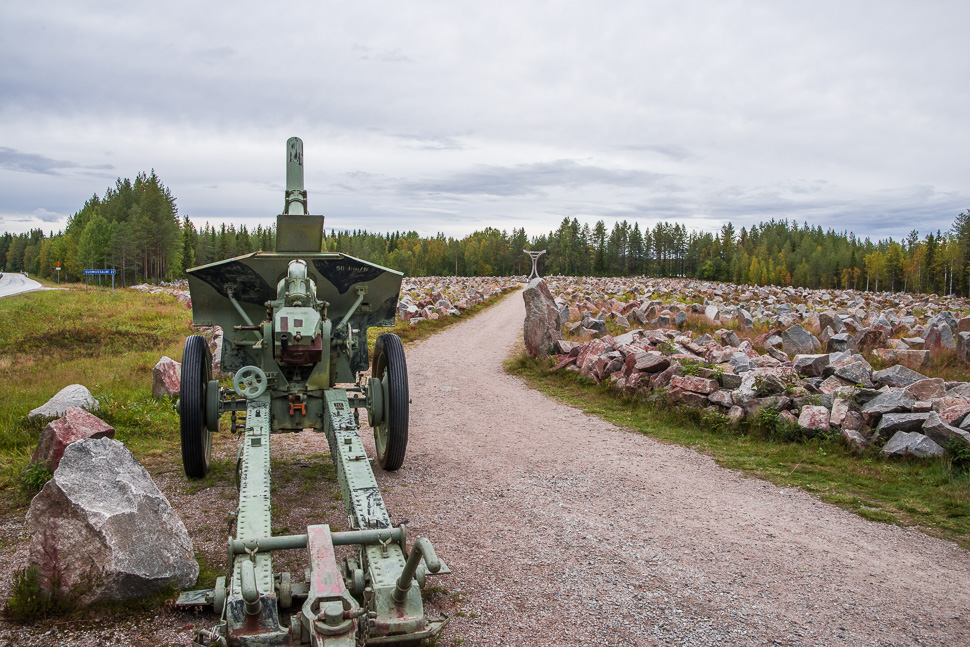 –
Around 17,000 large natural stones around the monument visualise the numbers of the victims. A museum next to it shows relicts from that war. 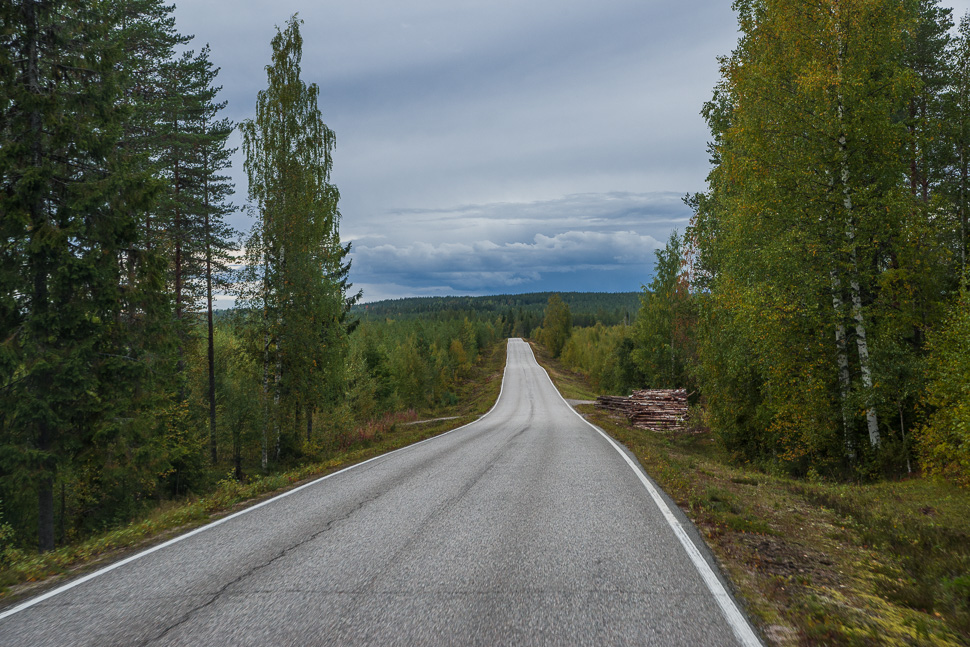 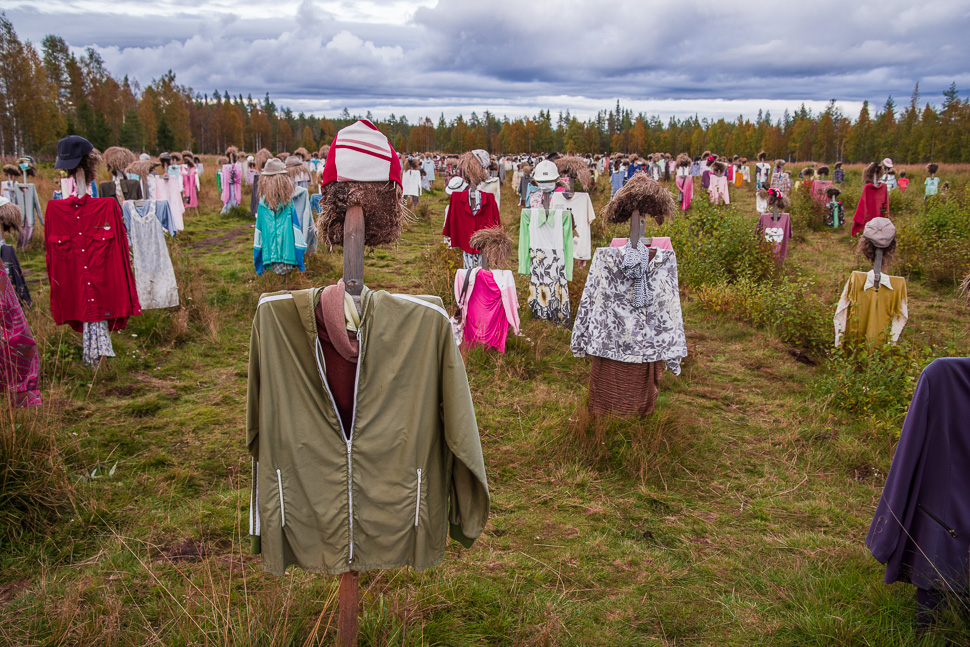 –
What is that? A field full of scarecrows? Over one thousand figures stand here as an instalation called “The Silent People” by artist Reijo Kela. 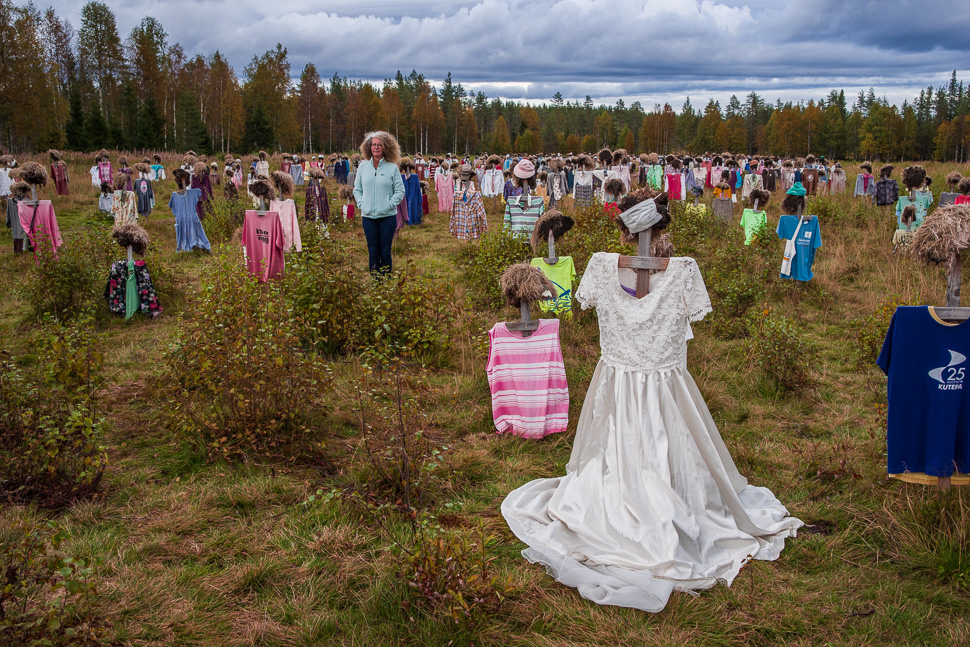