In Estonia we first visited an open air museum, showing the life of farmers, and afterwards one of the few palaces still present – the contrast between poor and rich in one day. We had reached Estonia without even a sign at the border, a little disappointing. But we were now in our third Baltic state, and that during a time when corona causes so many travelling restrictions. 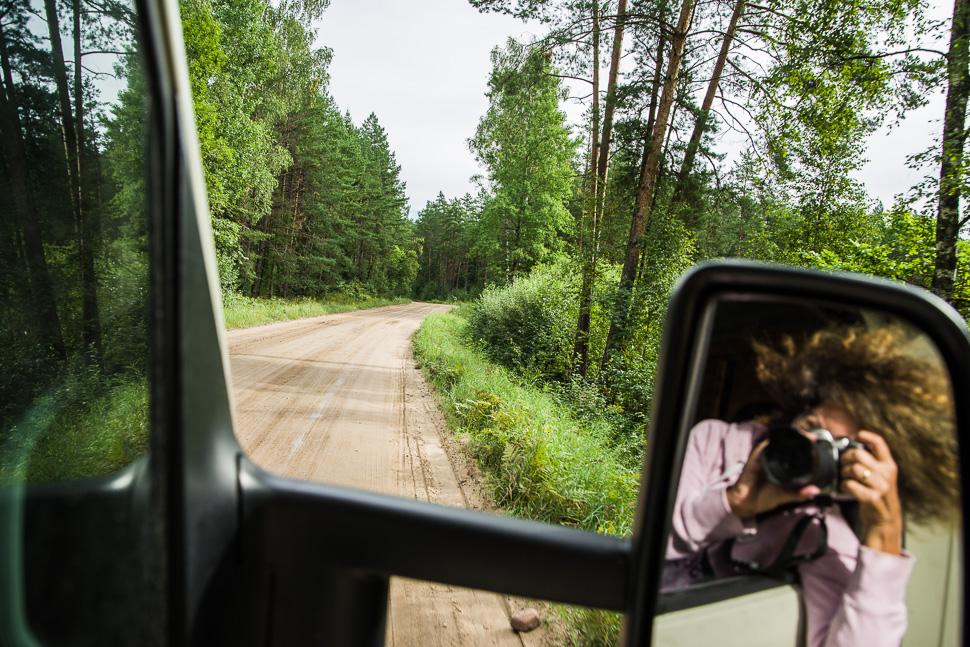 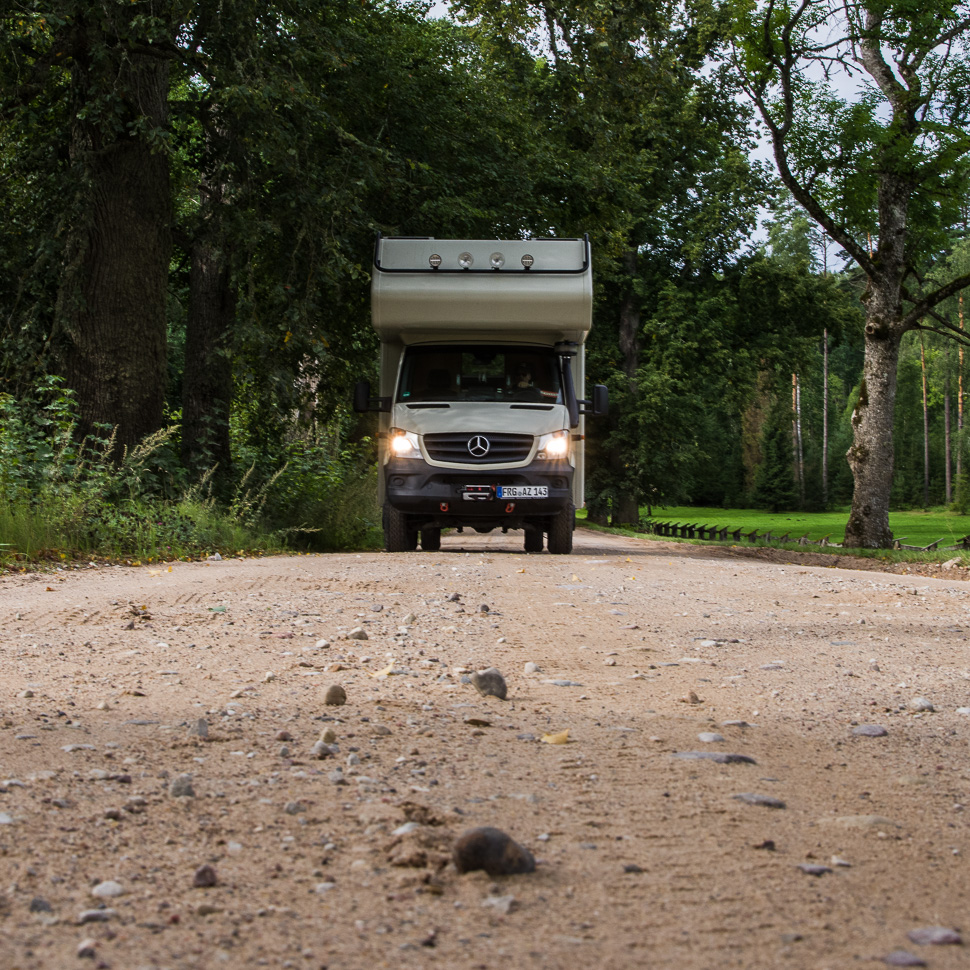 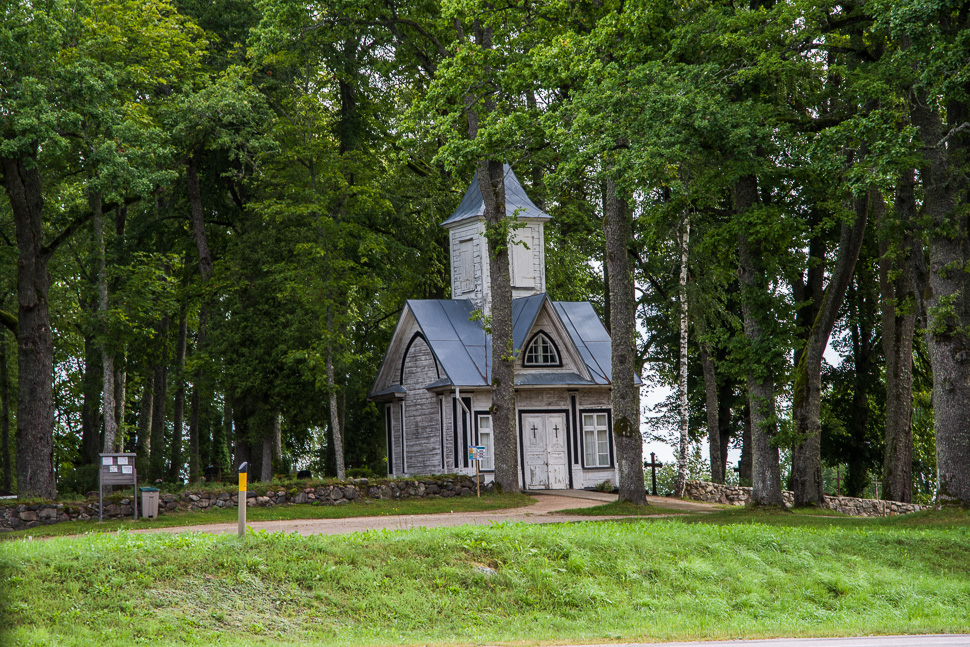 Only some kilometres after the border, the open air museum of Mōniste is the oldest of Estonia and gives a good impression about the rural life under the oppression by the Baltic Germans. A young man led us through the houses and explained many details to us, which we wouldn’t have noticed otherwise.
We learned that the sauna had no chimney and the smoke made the interior antiseptic, why it was used to treat the ill here and also the grandparents slept in here. On Saturday it was heated and used for washing with the water getting warm as well in wooden buckets.
The main house was not very high inside with the doors very small and low so that the heat didn’t escape easily. In the living room every space was used for sleeping during night. The floor was just earth, the simple furnitures all made by the farmers themselves. This particular house was lived in until 1912. 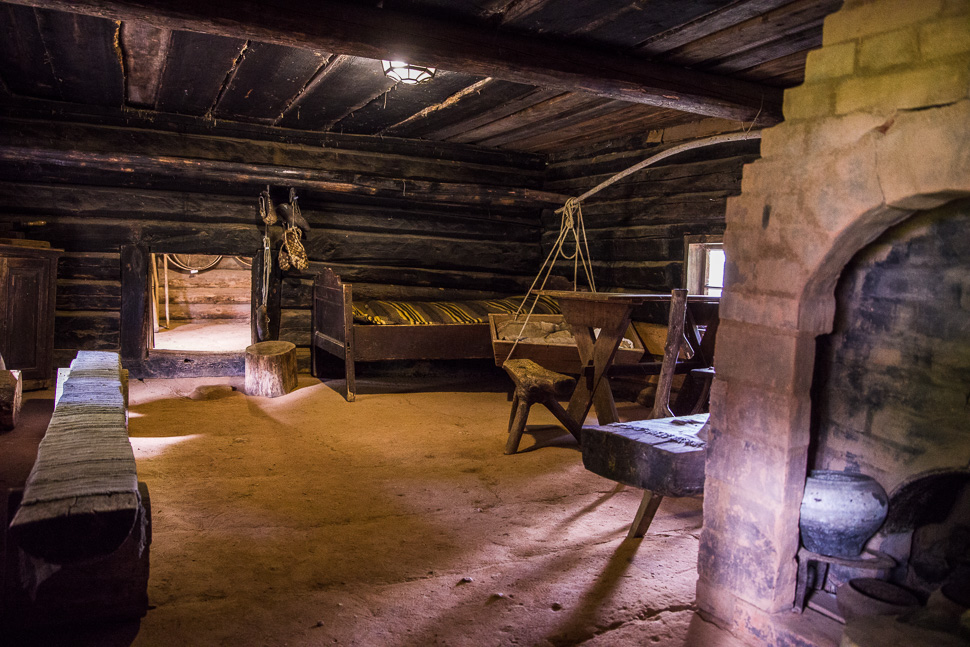 The family of this farm made everything they needed by themselves. They had their animals and they grew barley and rey but also flax, to make their own clothes. All the tools they needed were made by themselves mainly from wood. The only goods they had to buy were paraffin and salt. Water was carried from the river in bags of intestinal skin. An incredible hard life and in a big contrast to the manor we visited next.

After brushing the hair, all the little animals were now in the brush so it was put into the board and close enough to the fire that they died. I just imagine what would have lived in my hair at that time 🙁 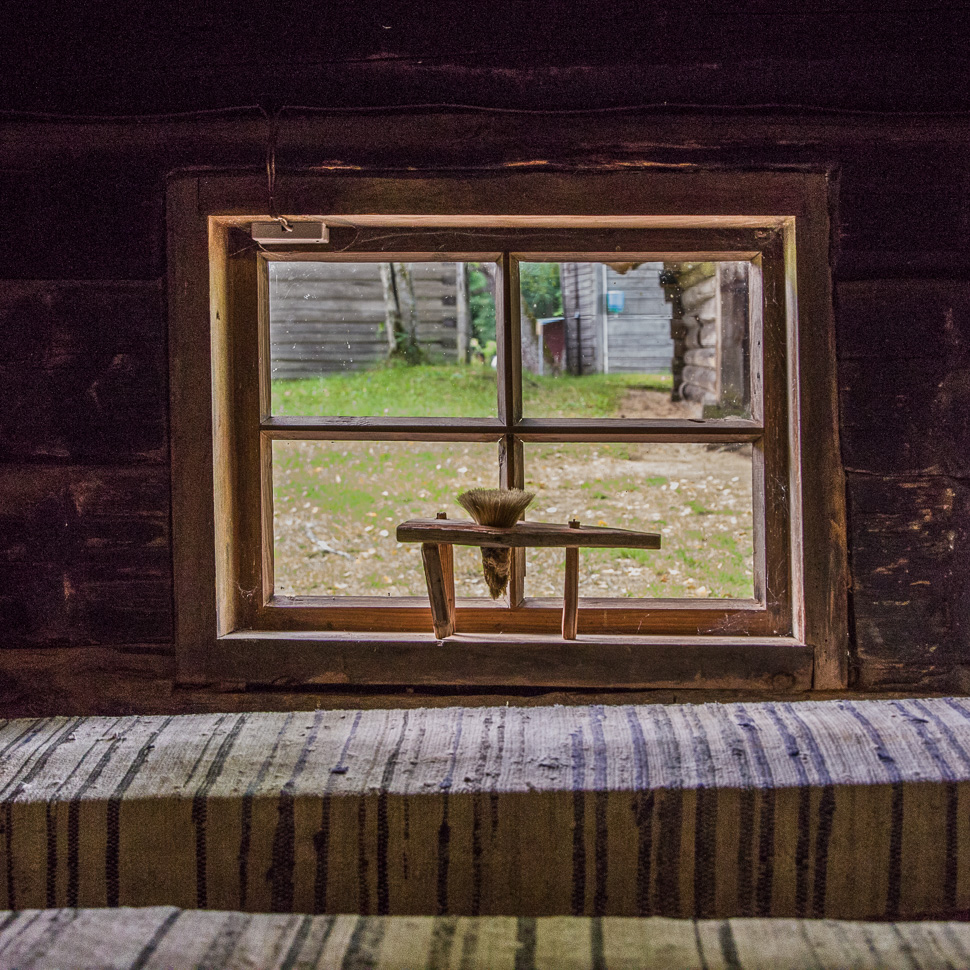 The most surprising part of the house was the little room where the daughter was allowed to receive male friends during the night. Our guide explained to us that it was usual and allowed by the family, so that she can start her own family. Marriage seemed not to be that important in a region where christianity still was not so strong in the minds of the people. 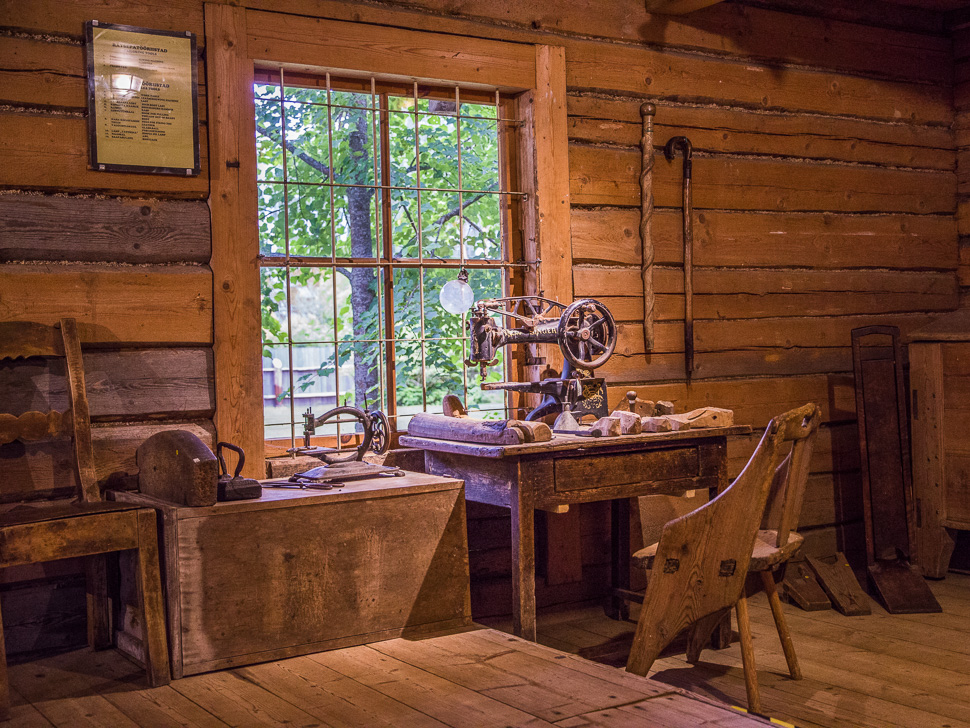 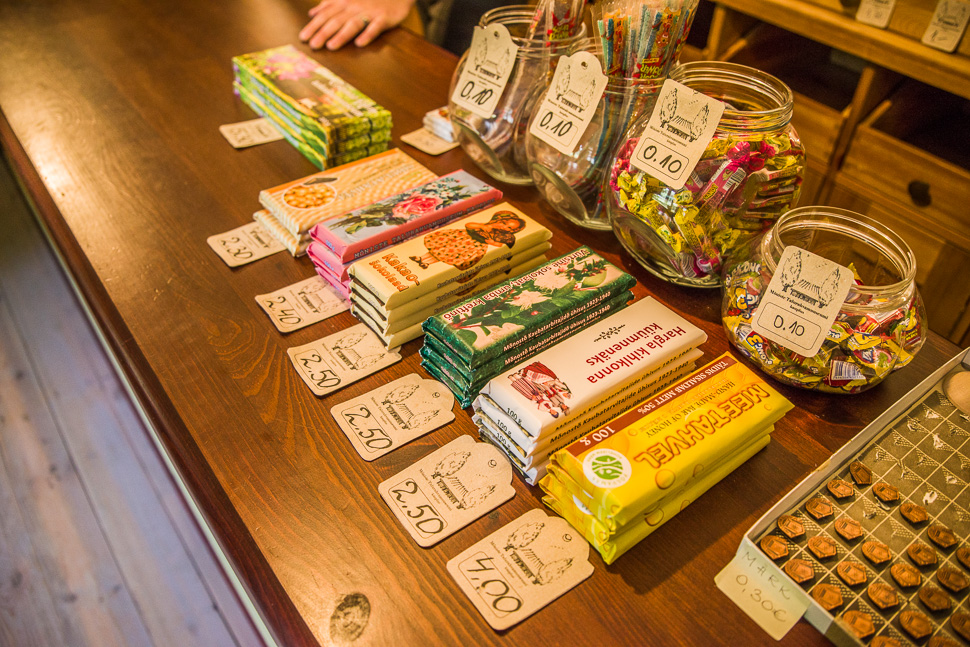 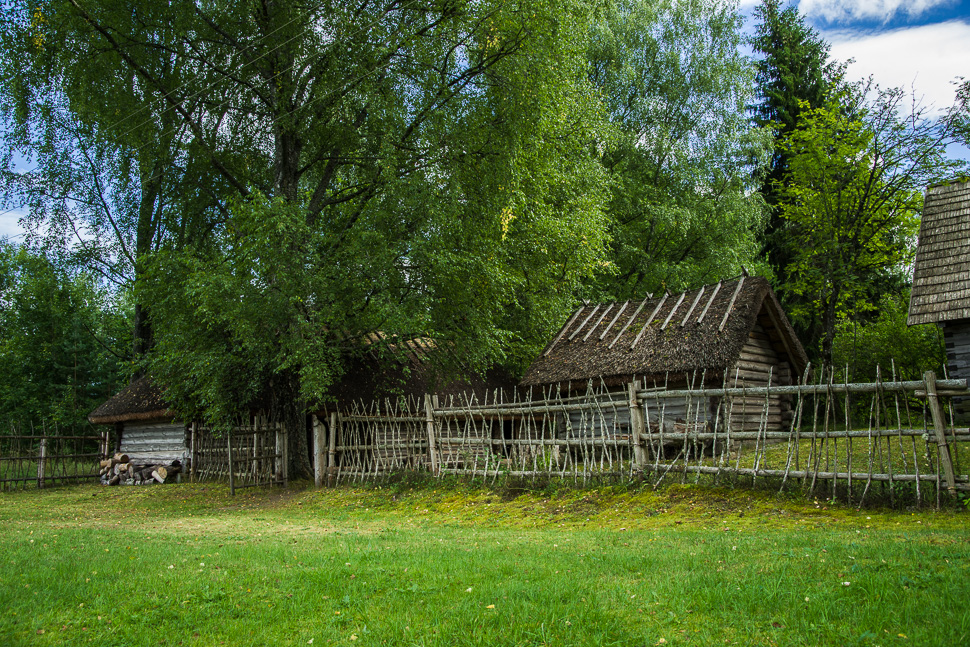 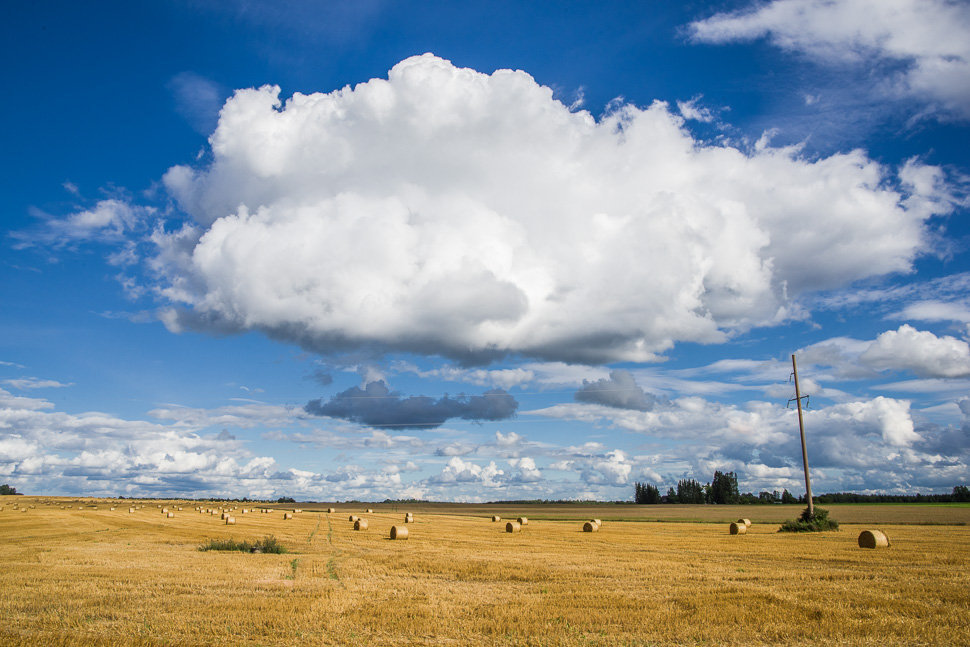 Our next stop was at Sangaste Loss (Schloss Sagnitz), a castle or manor with traces of its history to at least 1522. The current building was built in 1879-1883 in a neo-Gothic style with influences from Tudor architecture, and considered one of the most impressive examples of Gothic Revival architecture in the Baltic States. Several original interior details have been preserved to this day. The manor house was unusually modern for its time, equipped with central heating, telephones in 1896, and electric light in 1907. Since WWII the house was abandoned and treated badly by the Soviets. Nowadays restoration is in progress. 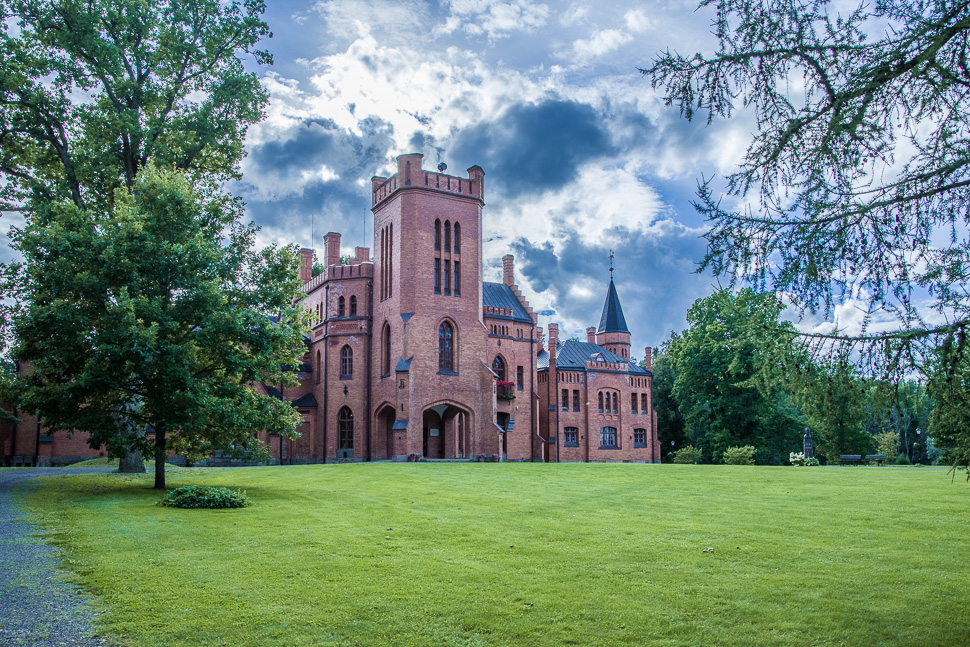 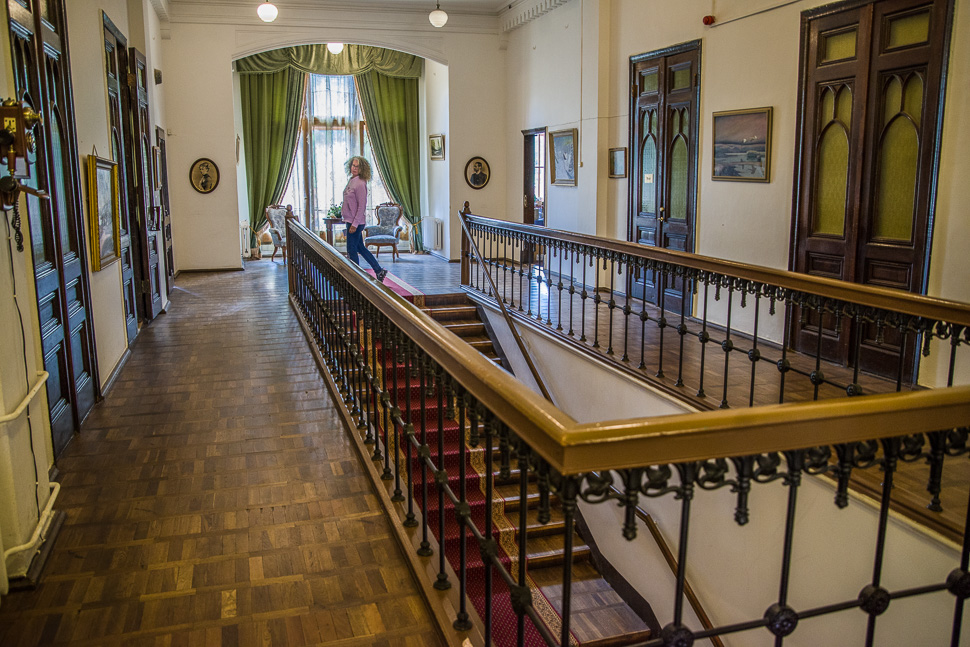 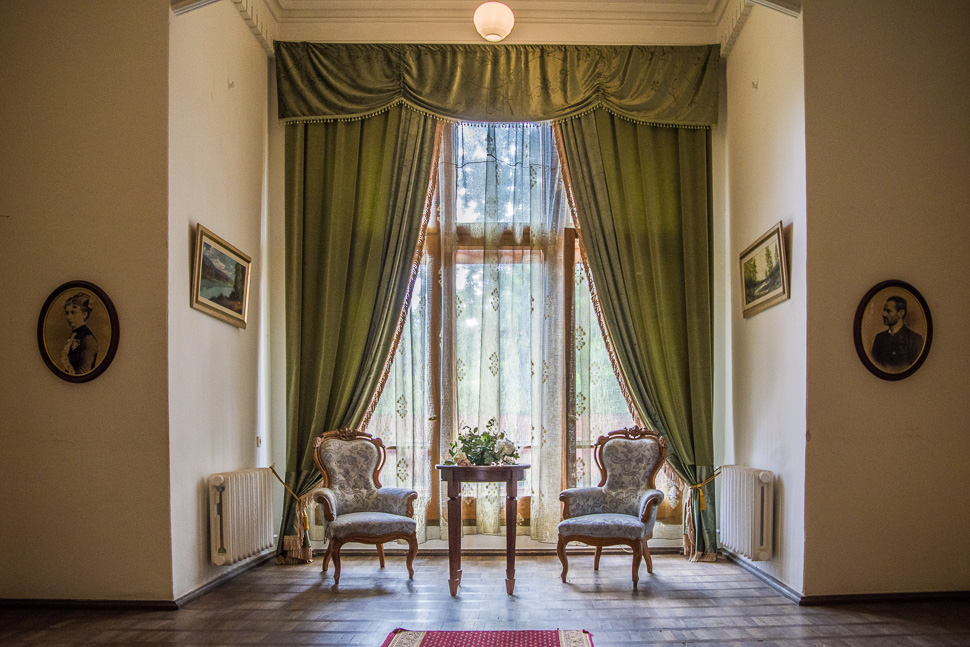 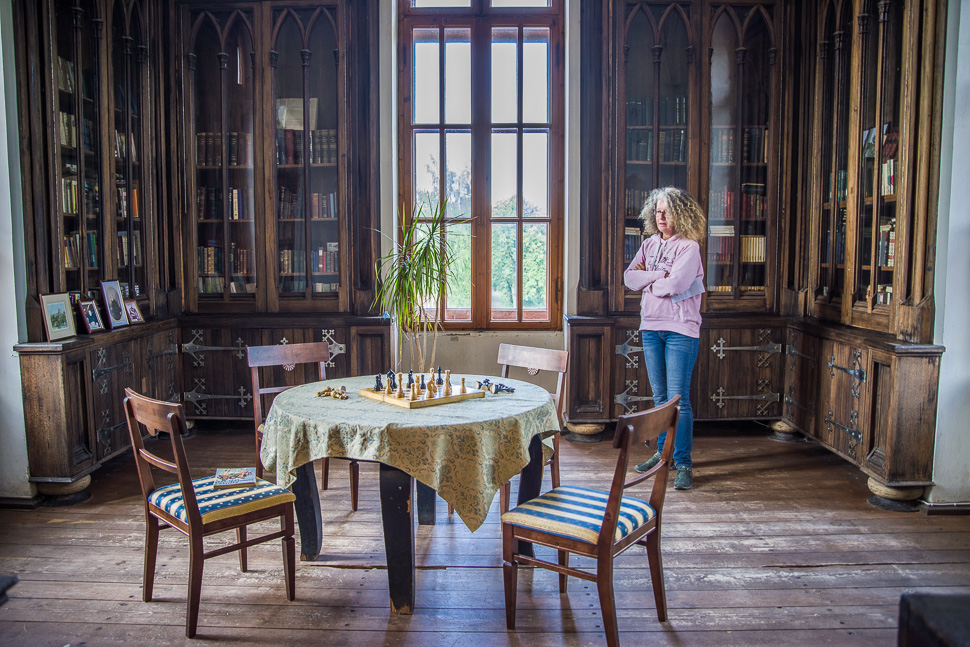 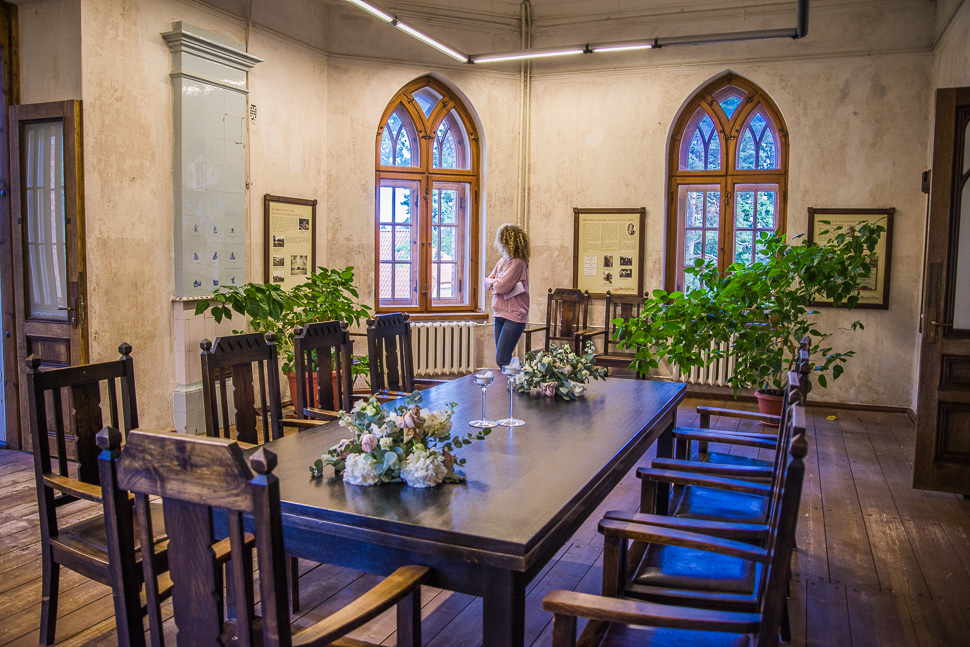 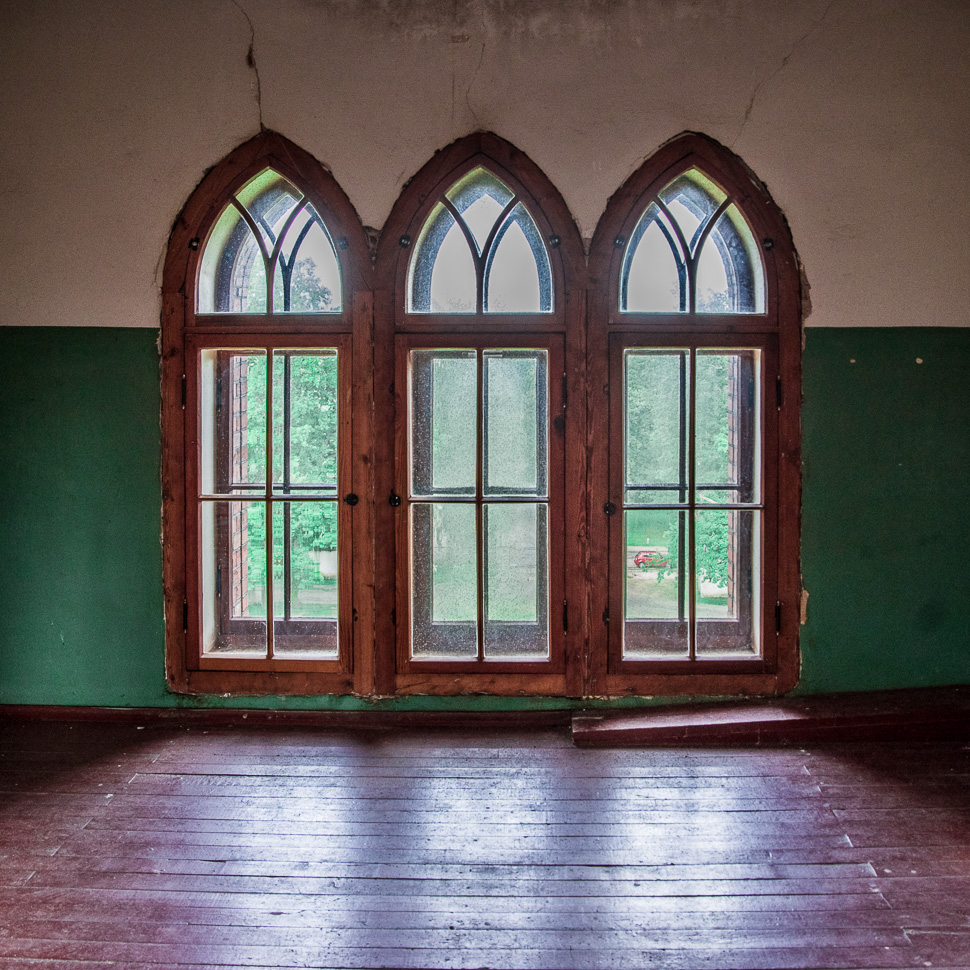 What we had definitely learned today, was that there is a big difference between rich and poor in a feudal system. The Baltic Germans (Deutsch-Balten) were ethnic German inhabitants of the eastern shores of the Baltic Sea.

In the 12th and 13th centuries Catholic Germans, both traders and crusaders, began settling in the eastern Baltic territories. They assumed control of government, politics, economics, education and culture of these lands, ruling for more than 700 years until 1918 – usually in alliance with Polish, Swedish or Russian overlords. The Baltic Germans and the Baltic nobility constituted a ruling class over non-German serfs. German became the language of all official documents, commerce, education and government.

Since the forced resettlement of the Baltic Germans back to the homeland by Nazi Germany in 1939 and the relentless pursuit by the Soviets afterwards, this ethnic group has declined with descendants living mostly in Germany and Canada nowadays and probably several thousand still in Latvia and Estonia.