Somehow we had reached Latvia on an adventurous route, which wasn’t really planned but fun. Our first destination, Karosta, also was a little bit weird.

For some reason our navigation took us on a minor road in direction to the border. Suddenly we turned left onto a gravel road, passed a farm house and were at the border to Latvia! 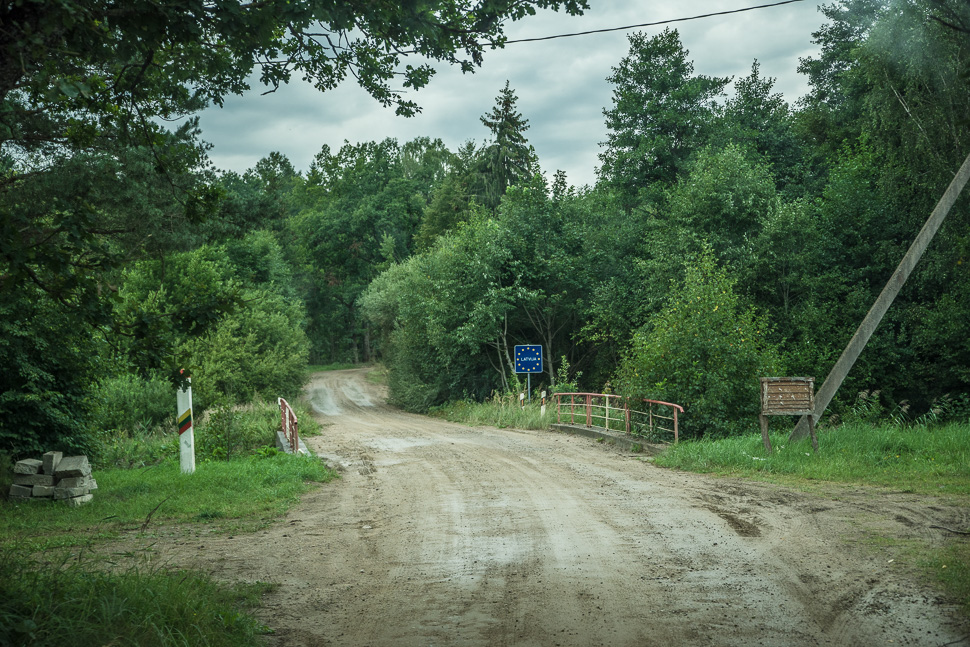 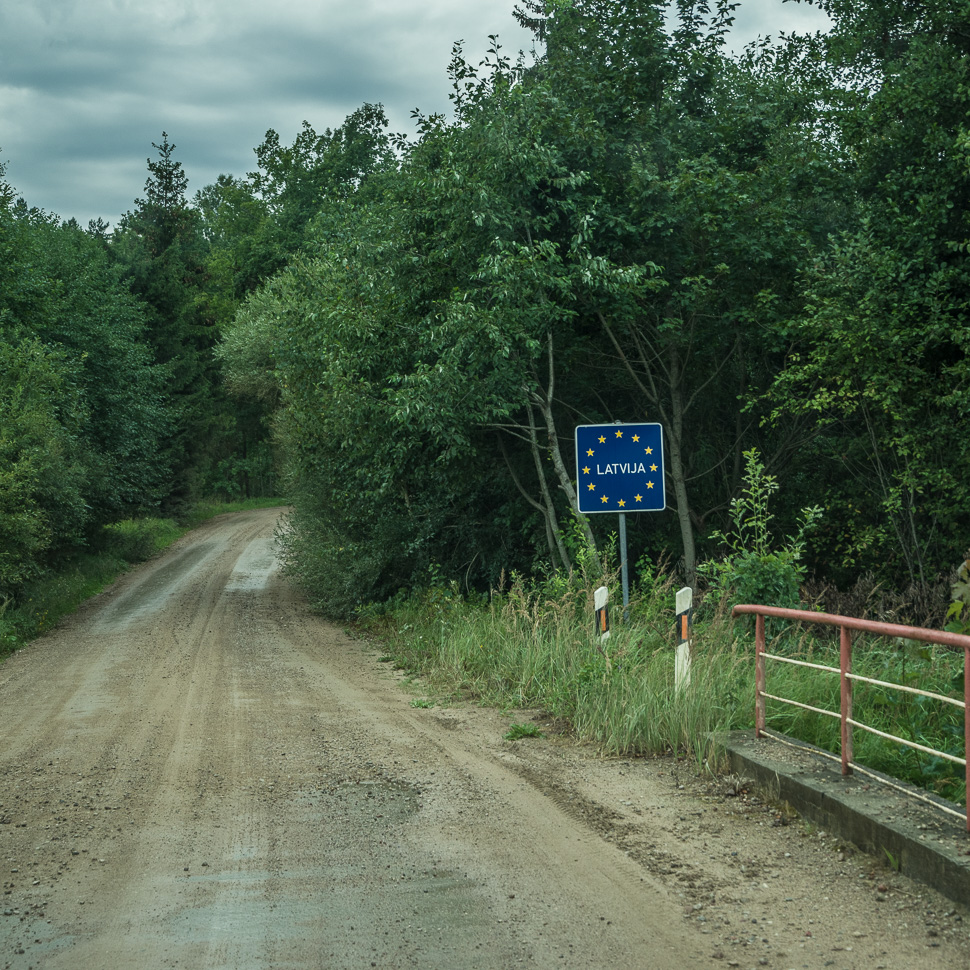 From the border we travelled on good gravel roads for about 20 km until we reached some tarmac again. 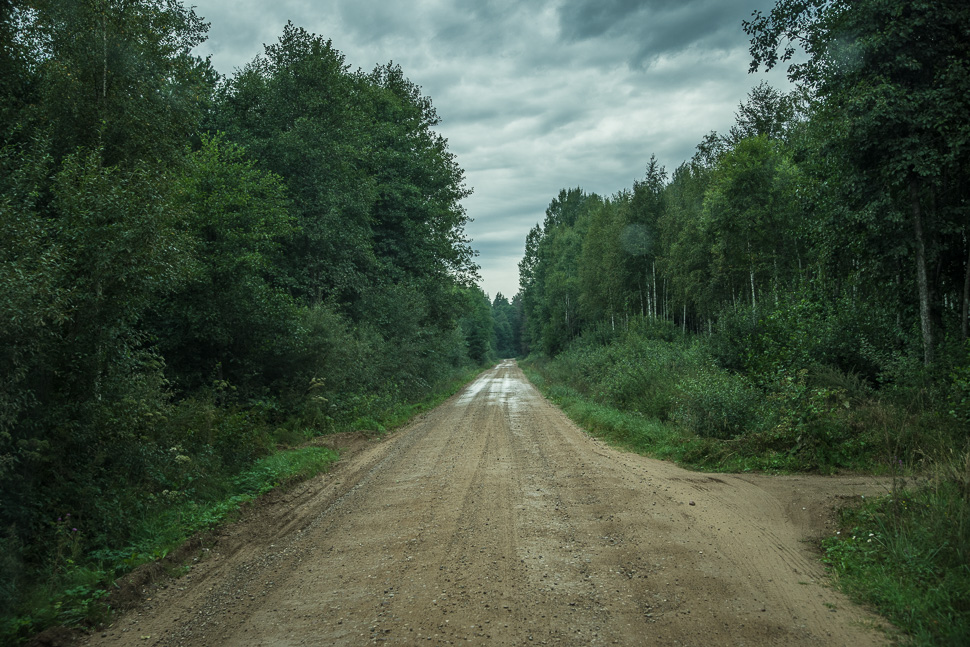 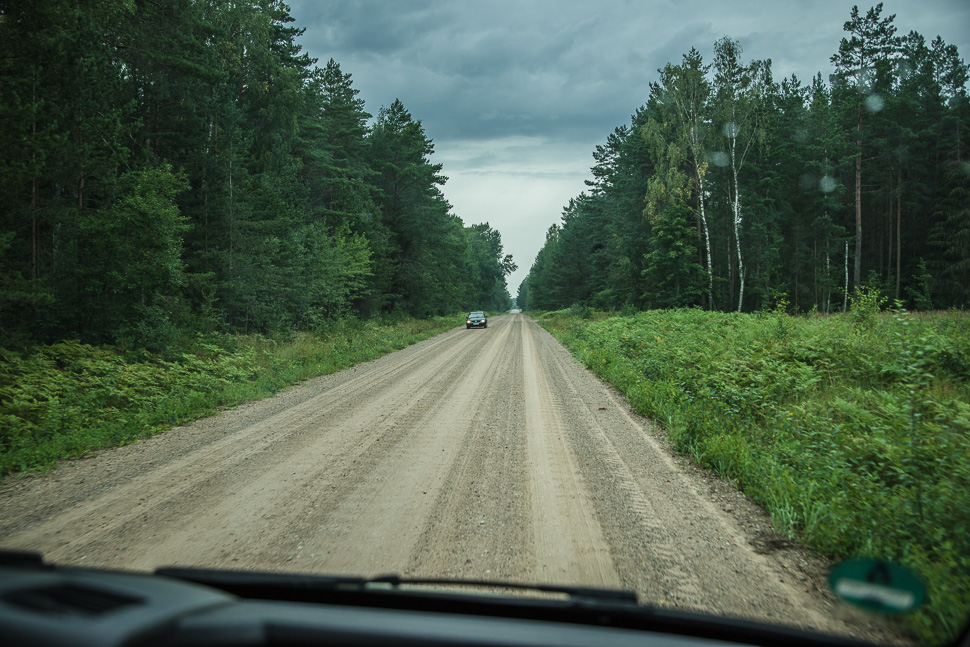 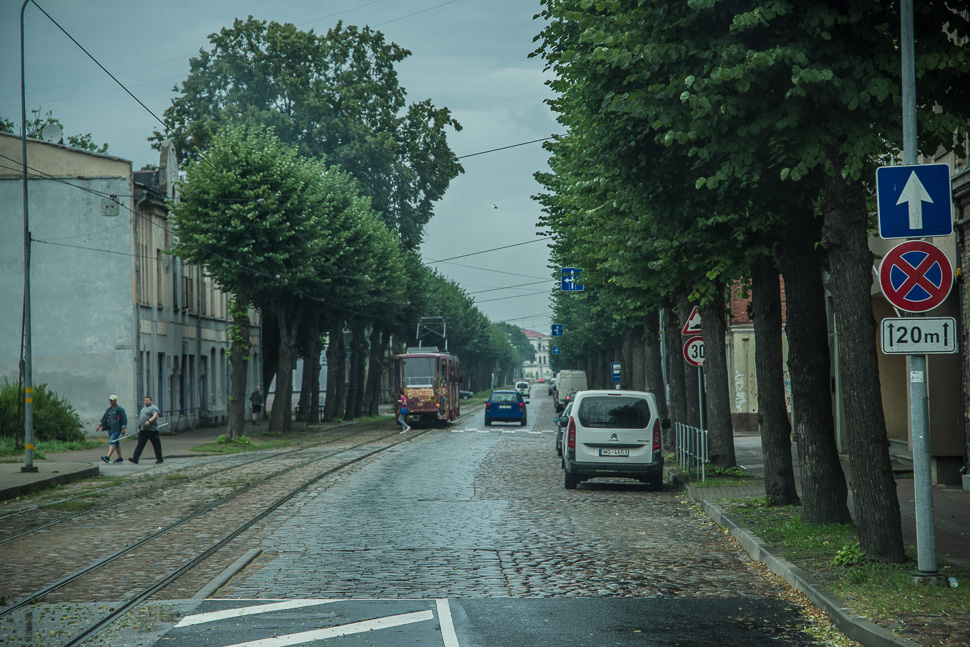 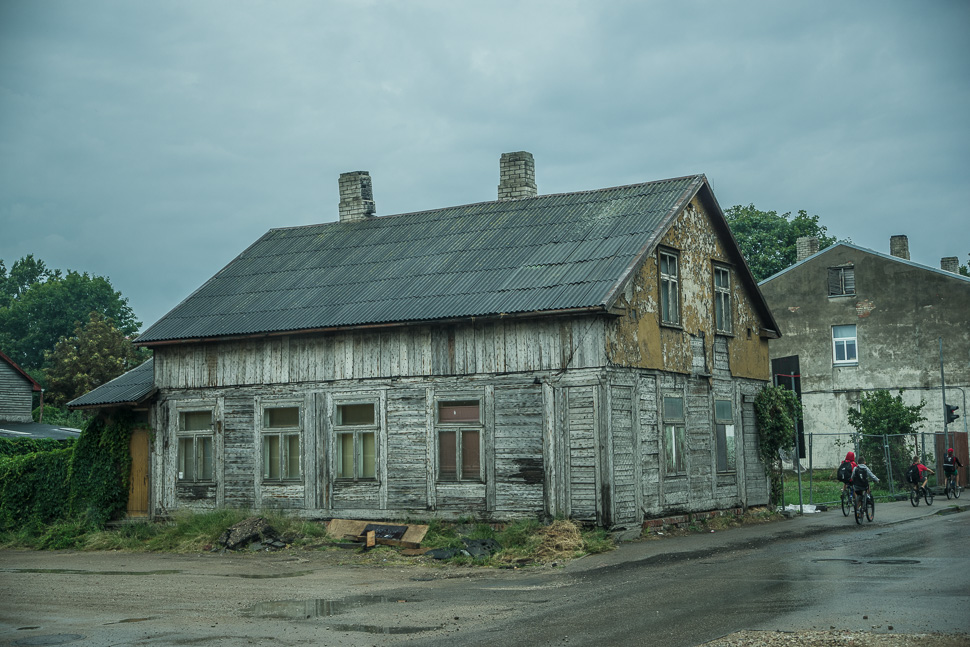 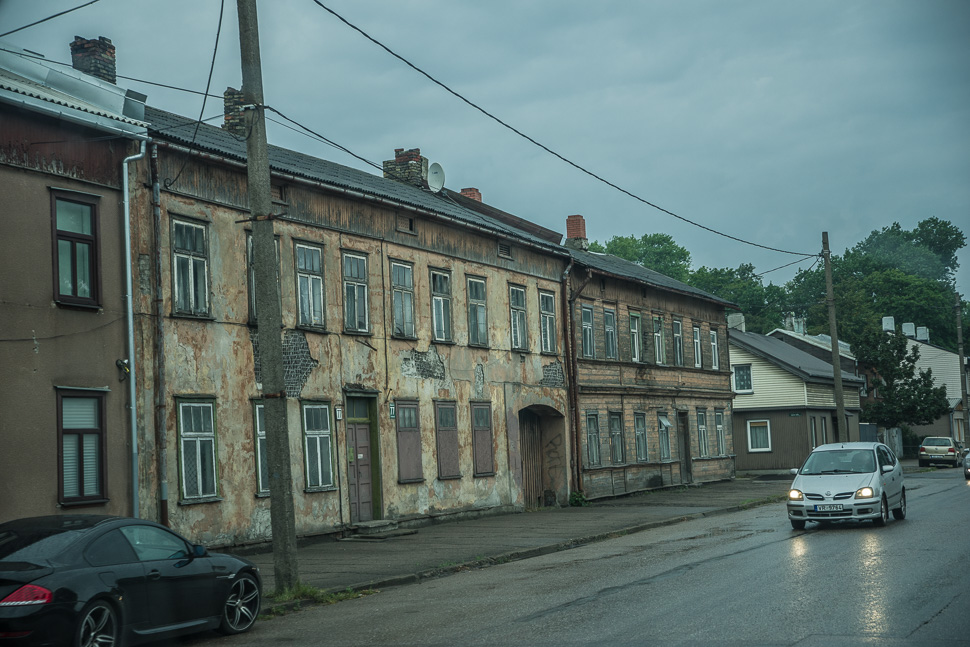 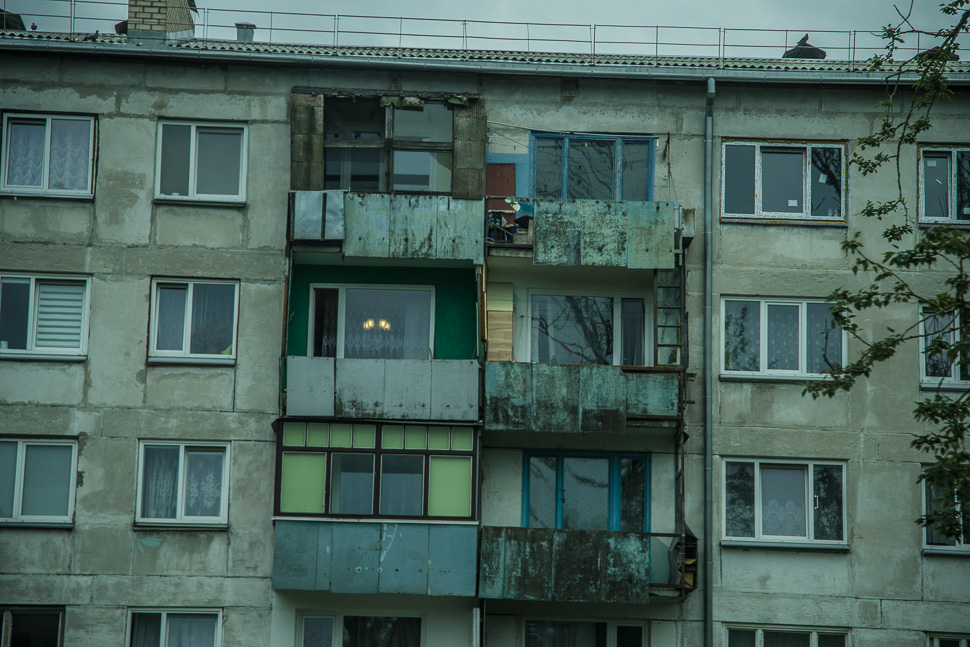 Karosta is a former Russian Imperial and Soviet naval base on the Baltic Sea north of Liepāja. The naval base was originally constructed in 1890-1906 for Tsar Alexander III of Russia. Built on the bare coast it consisted of a large man-made harbour including a large breakwater and inland submarine base.

The base was called Kara osta (War Port in Latvian), later shortened to Karosta.
It was a closed military area and army town during the Soviet period, serving as a base for the Soviet Baltic Fleet and inaccessible to the civilians of neighbouring Liepāja. At its height Karosta was home to over 20,000 people. Today the houses are still used but in bad condition. 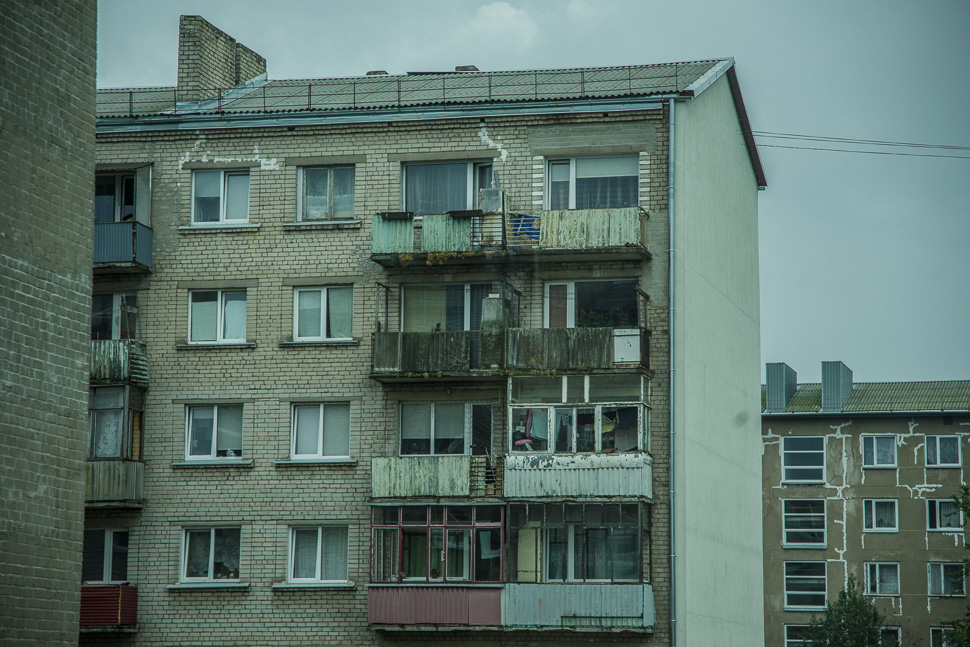 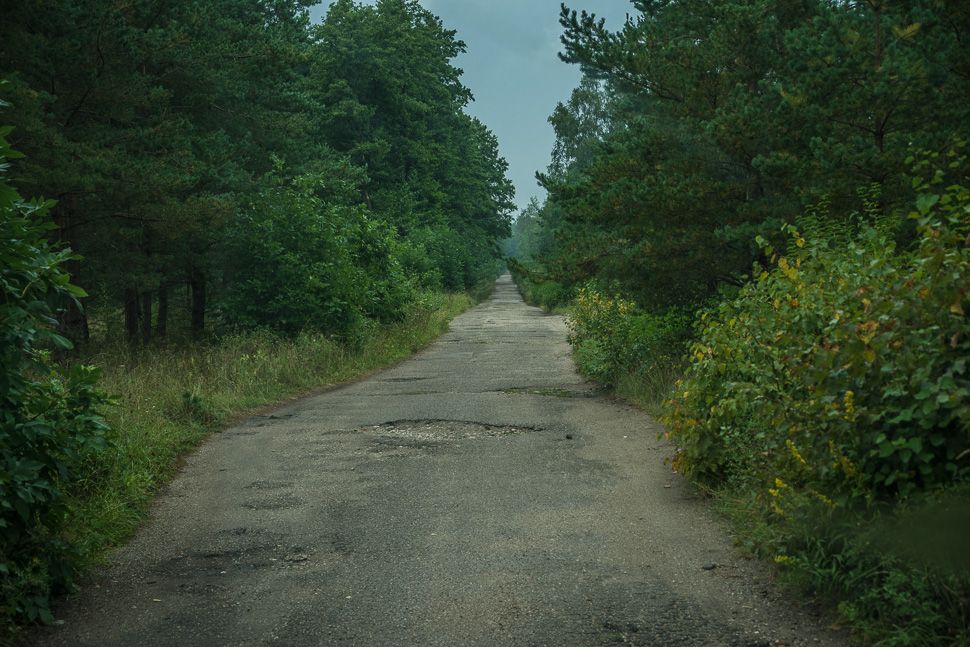 Driving through the former military base our navigation again decided to take us on a funny route to reach the Northern Forts. 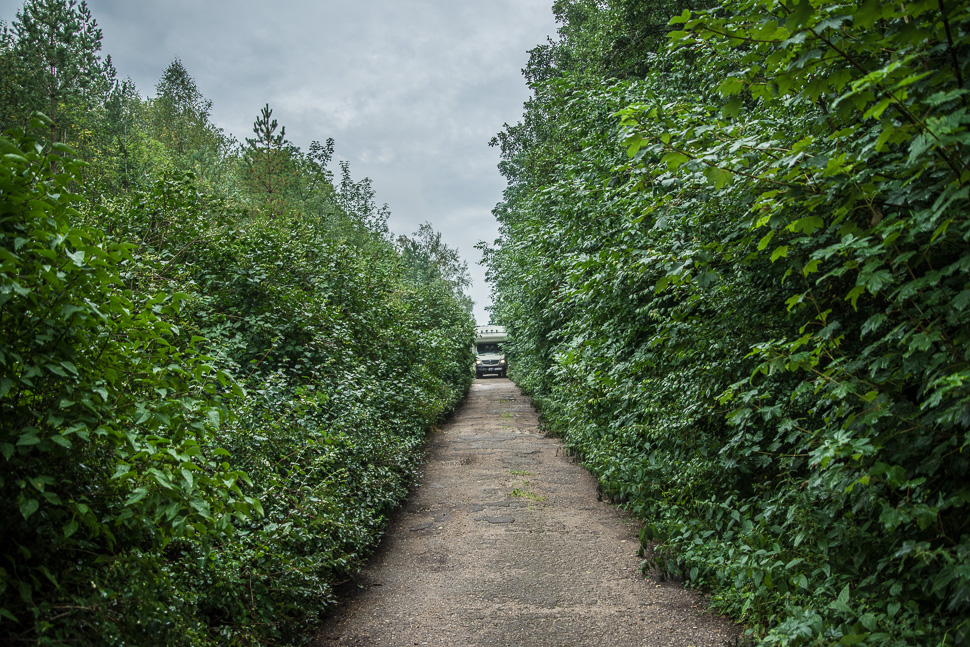 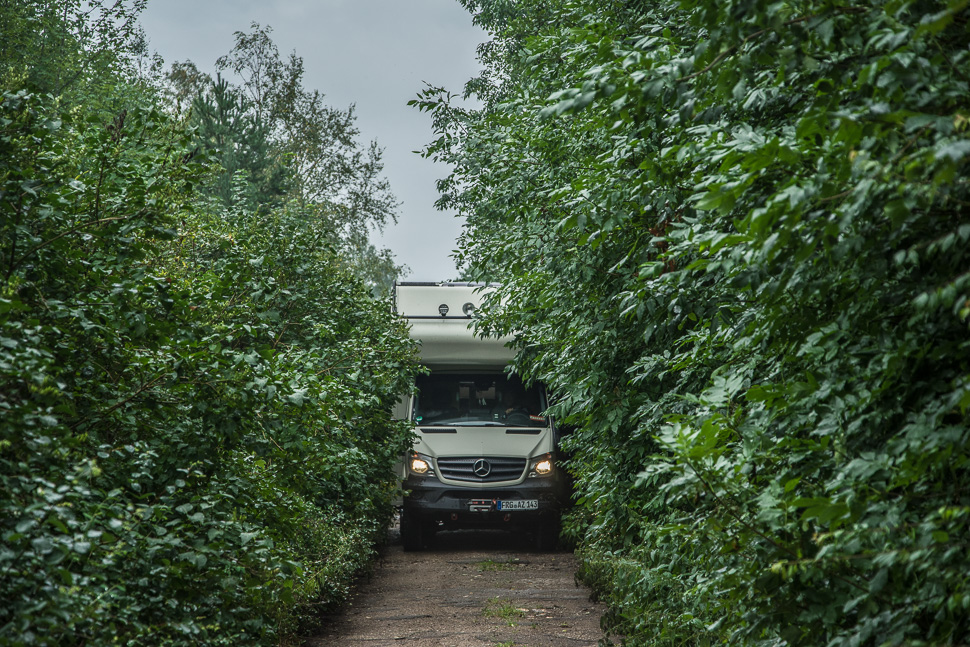 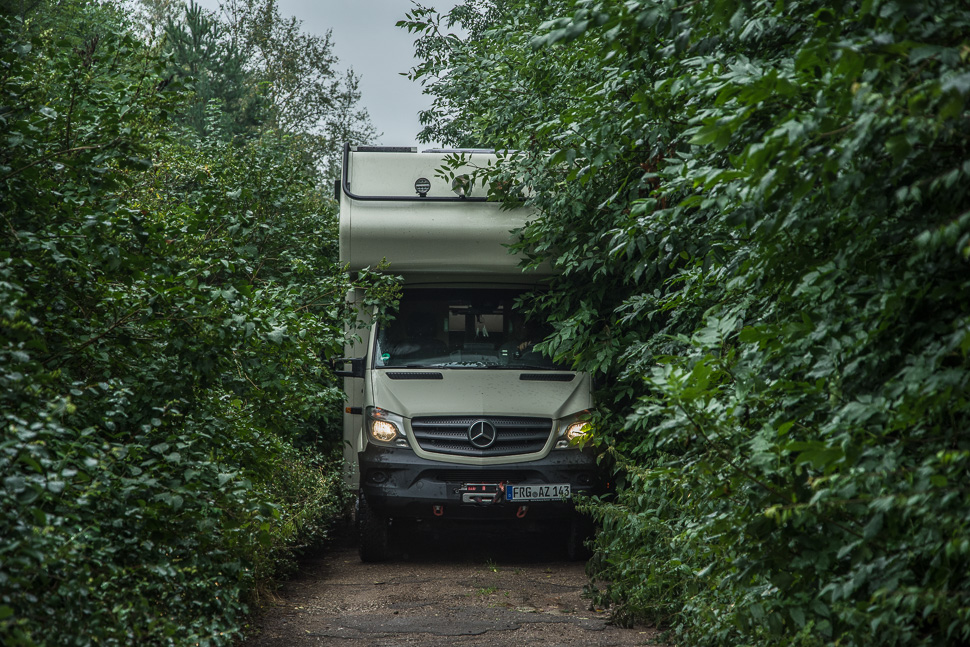 In the end we had to turn around when bigger trees got in our way and take the main road from where we reached the Forts without problem. 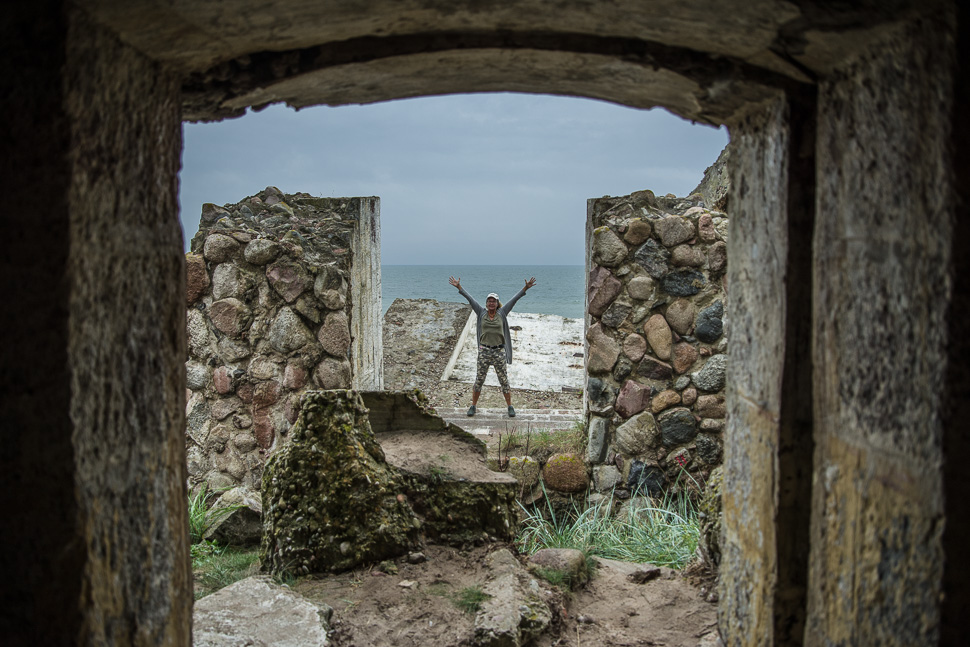 The Northern Forts were already abandoned in 1914 when it was clear they were strategically useless. Since then the sea is working on them, one day they will be gone. 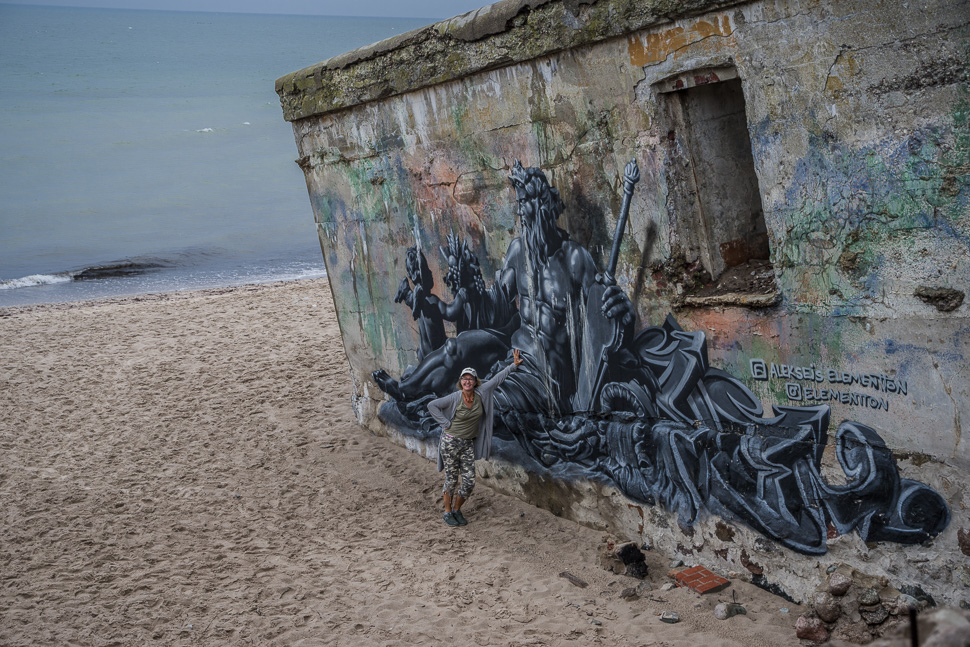 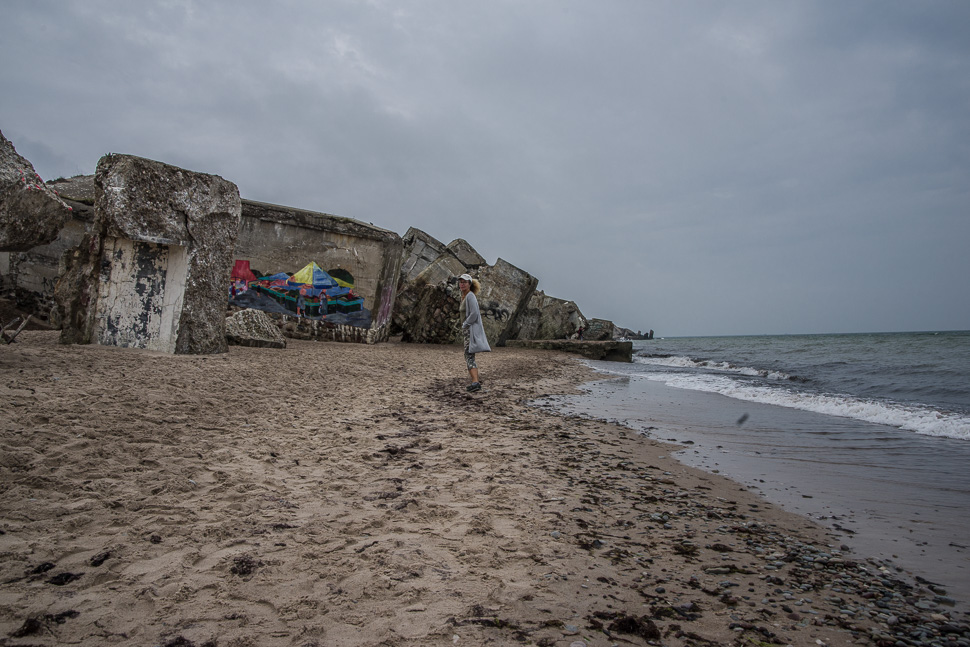 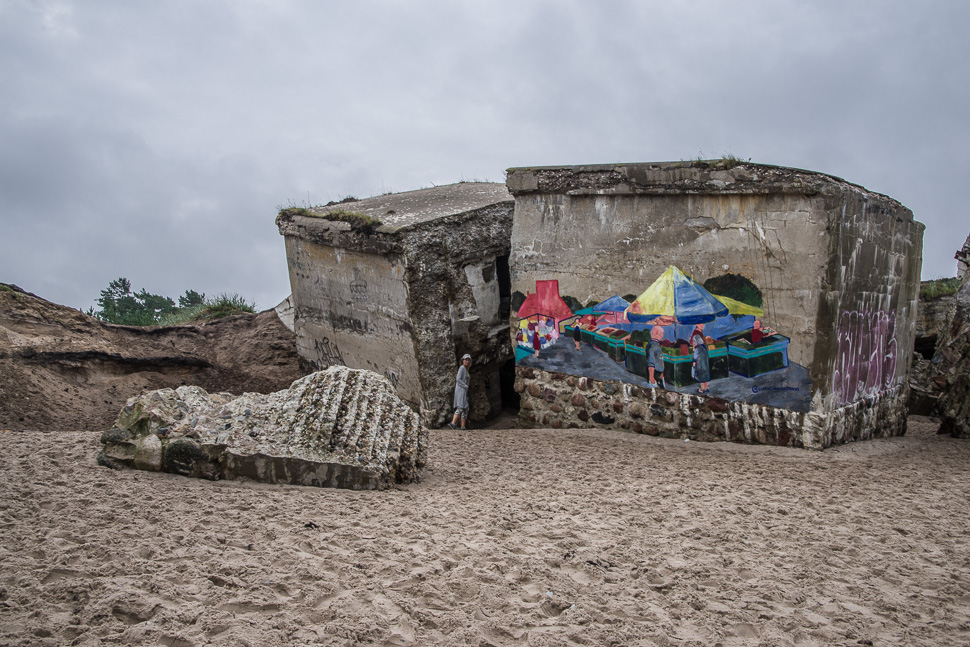 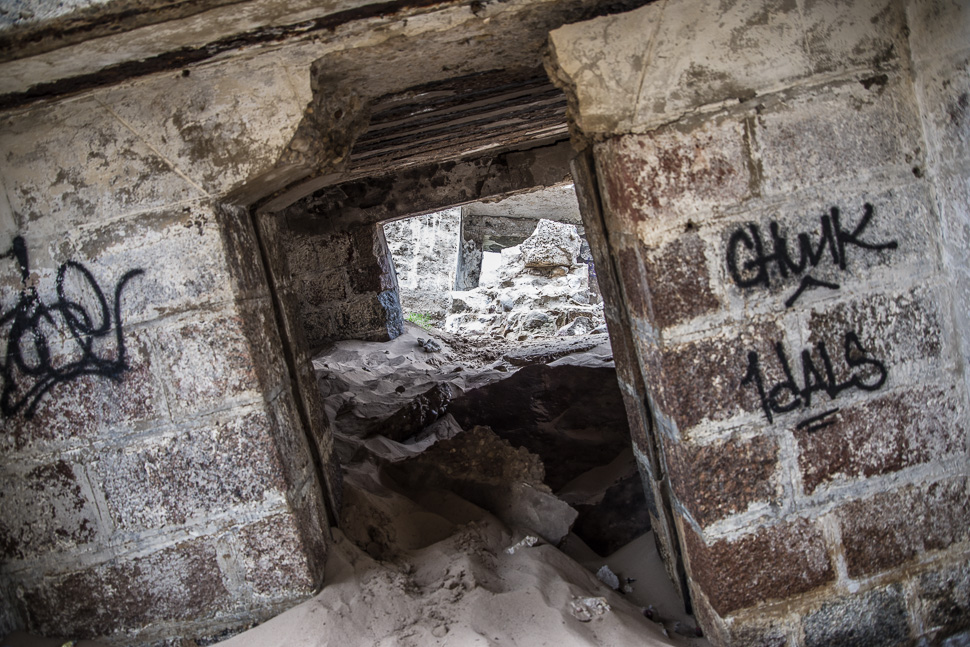 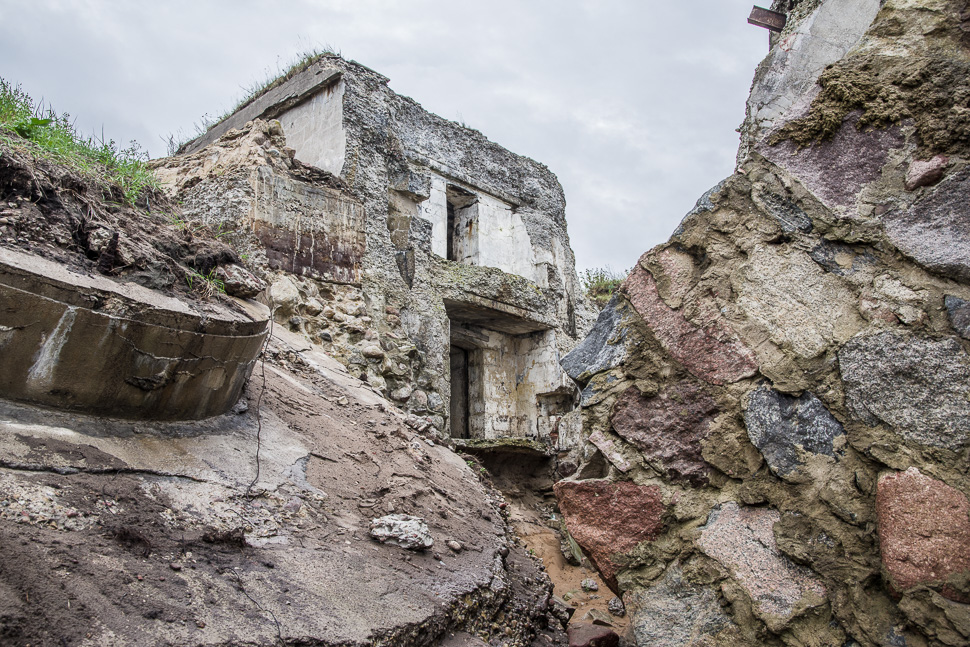 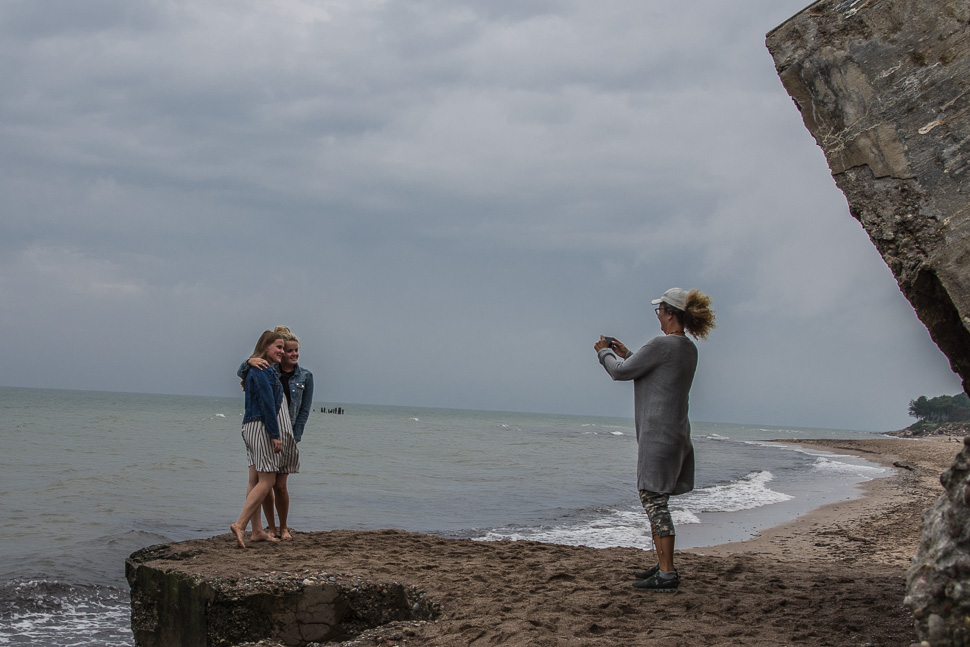 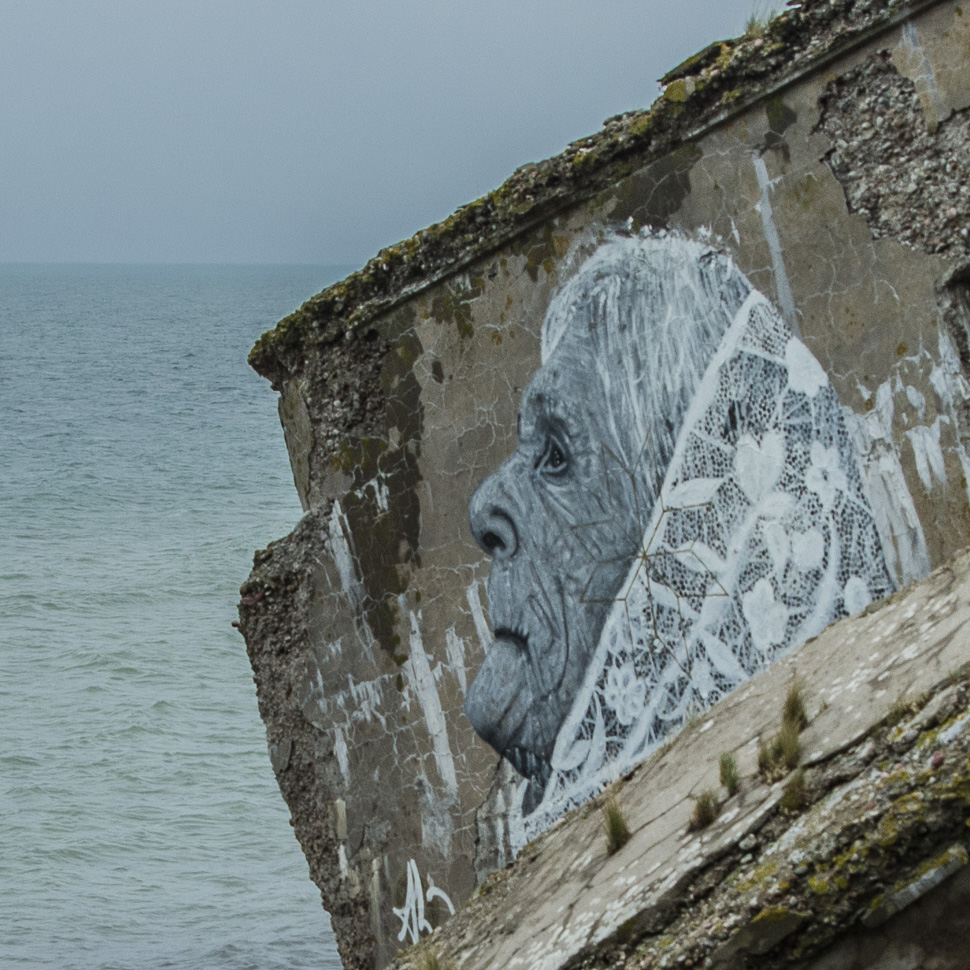 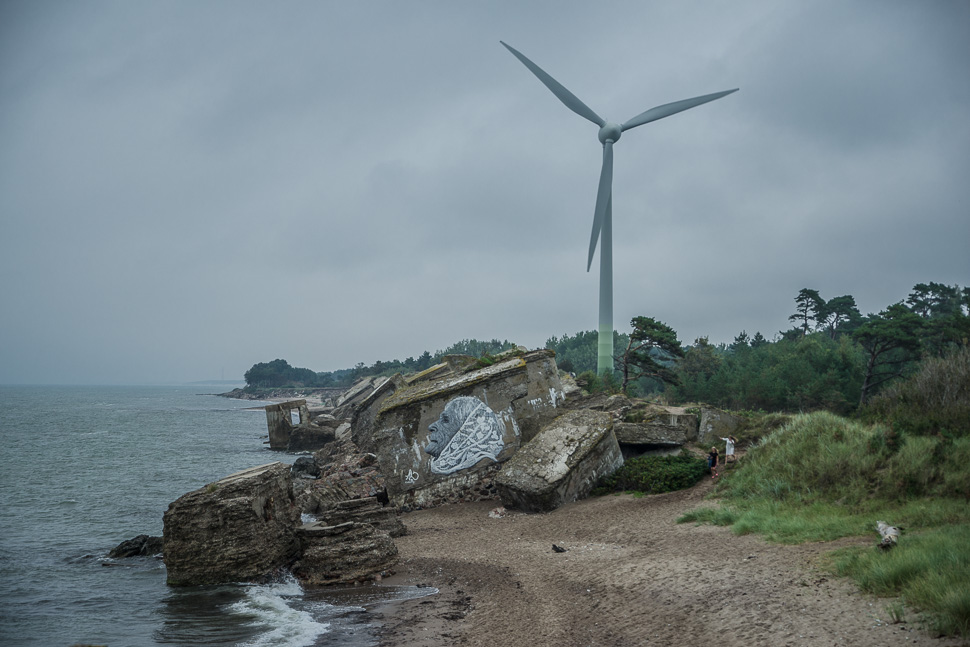 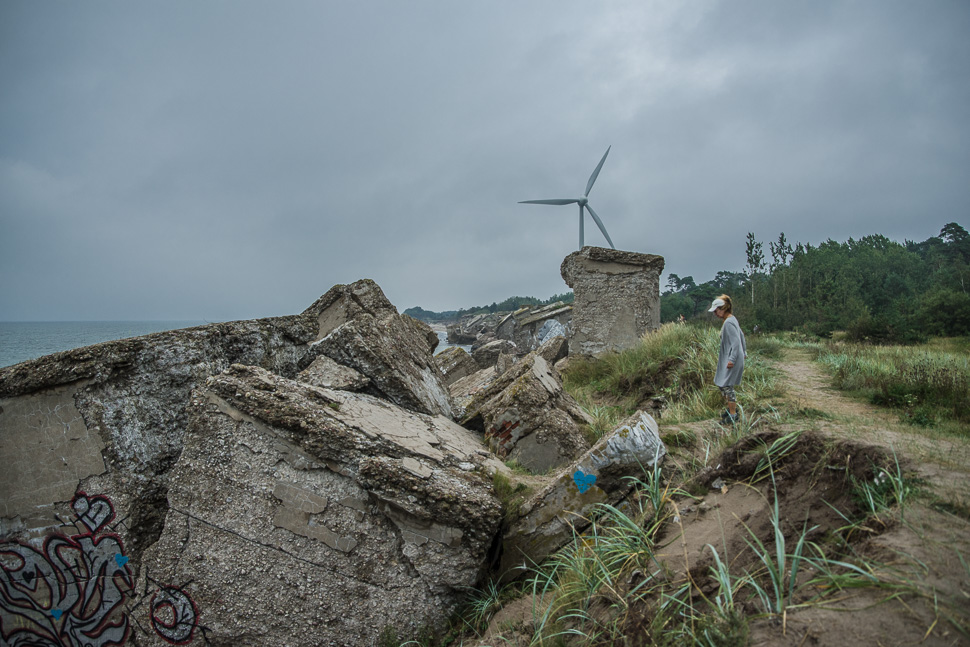 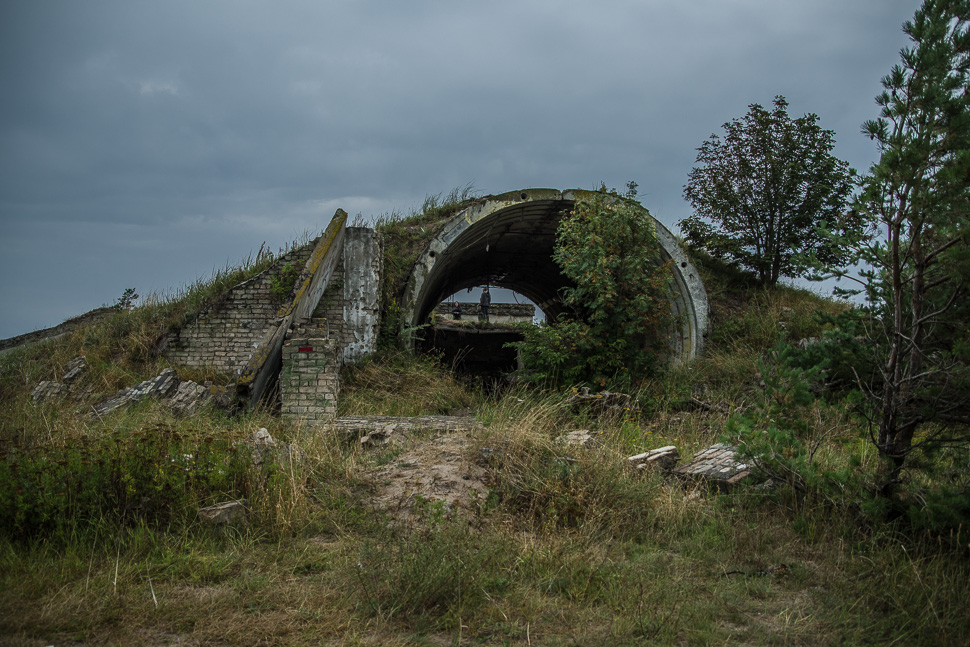 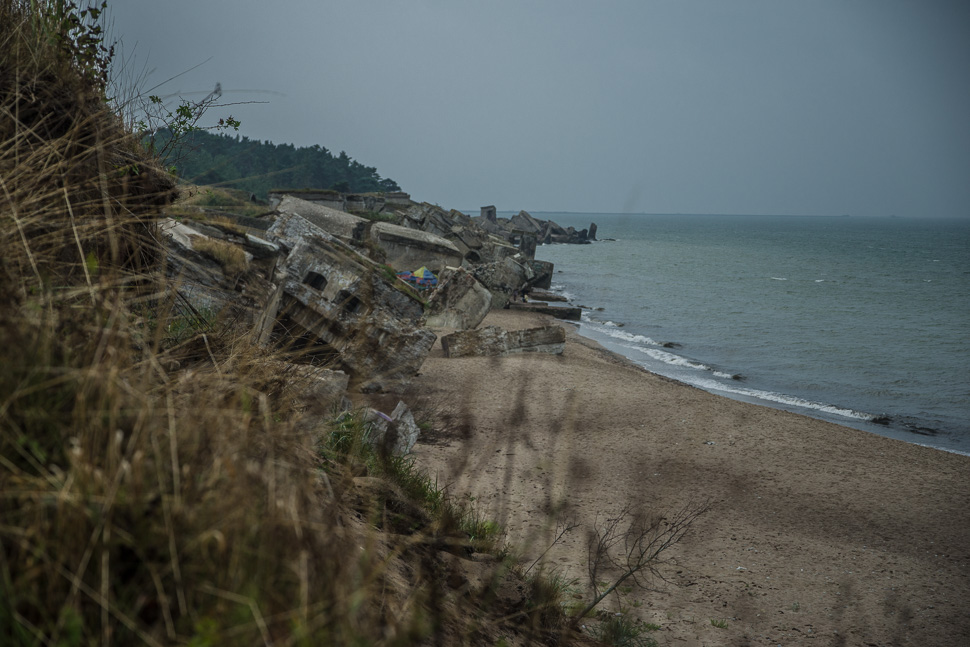