From Aus, it is a long drive through the desert until you reach the coast and the little town of Lüderitz. After we had stopped at the Garub Pan to look for feral horses, it was mostly sand we saw, until the first houses came into sight. South of the road it is diamond country and therefore “Sperrgebiet” or restricted area.

Namibian Cigars? We were curious and found out, that they buy tobacco leaves from different countries and roll the cigars here in Lüderitz. We bought a couple to try and found them very good.

From Lüderitz we went on a tour to the peninsula, which forms the bay of Lüderitz. The sea is rough, the landscape is rocky and barren but still fascinating and the roads are just tracks. We spent one night on a beach there and a second night at Agate Beach north of town, good possibilities to do some wild camping for a change.

From the lighthouse, there was once a bridge to the tip, where Diaz erected a cross, when he came past this bay in 1487. Some storm must have taken it away, as just the two ends are standing anymore. Therefore, only during low tide the access is possible. We just made it, with the water already gushing through from the open sea.

In the morning, when we left from Agate Beach, we came across a herd of Oryx. They were grazing just next to the road back to town. It was great, spotting so many of them.

Before going back inland, we will stop at the ghost town of Kolmanskop – more on the next post! 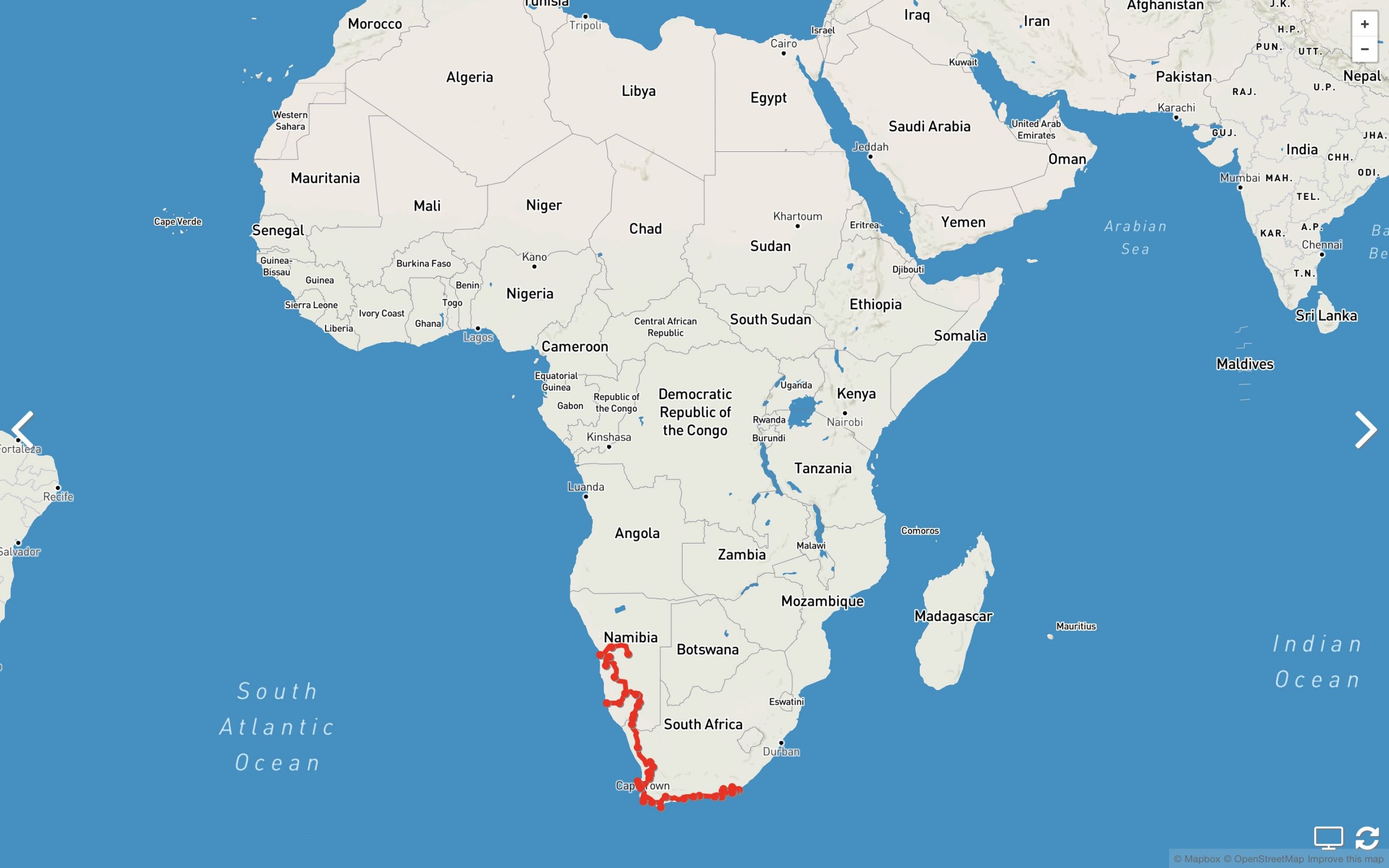