South of Lieksa we visited the home of a famous Finish artist after we had explored the Patvinsuom NP close to the Russian border. The Finish sculptress Eva Ryynänen (1915 – 2001) lived in a cottage south of Lieksa. She started to carve thinks from wood already as a child. With 18 she was accepted by the Fine Art Association’s school on the merits of her sculpture “Seven Brothers” depicting the characters of a Finish story by Aleksis Kivi.

We could visit her house with many details made by her and the former cow shed which was converted into her atelier when she got successful with her art work. The lady from the ticket office offered to take us around which was great as we got a deeper insight from her. 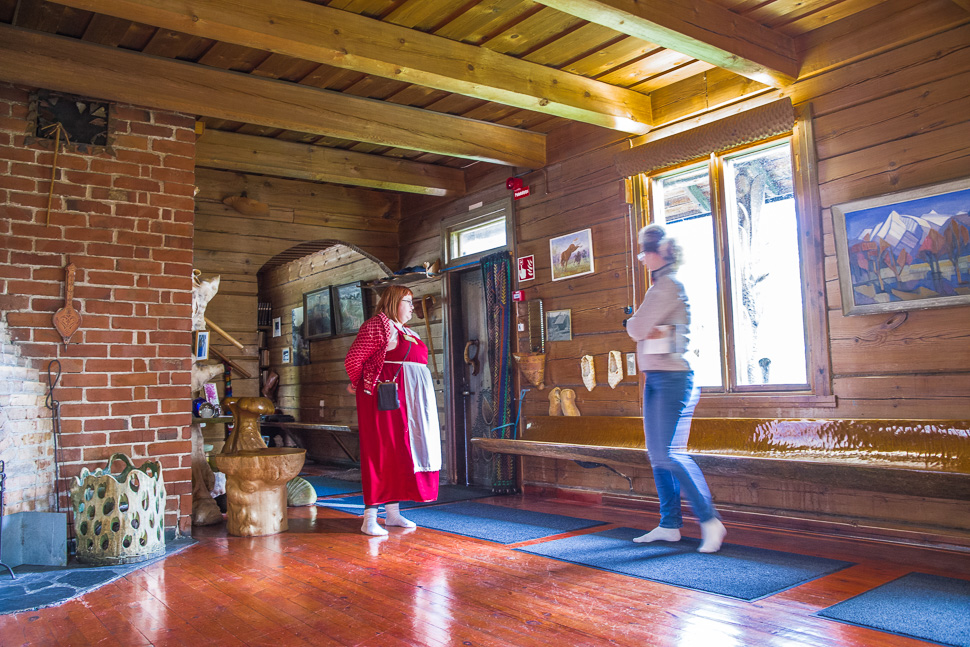 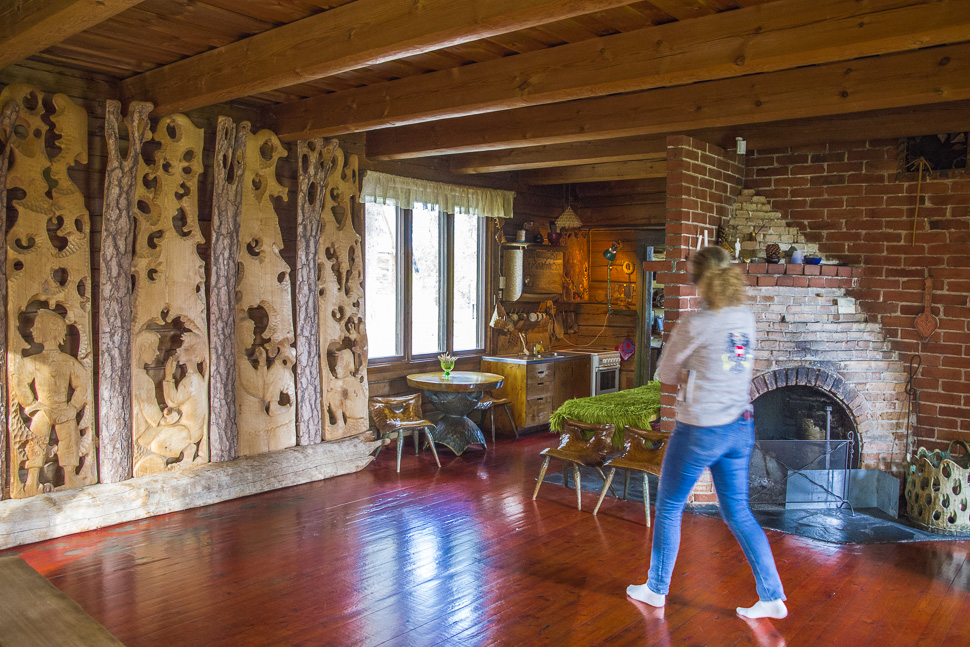 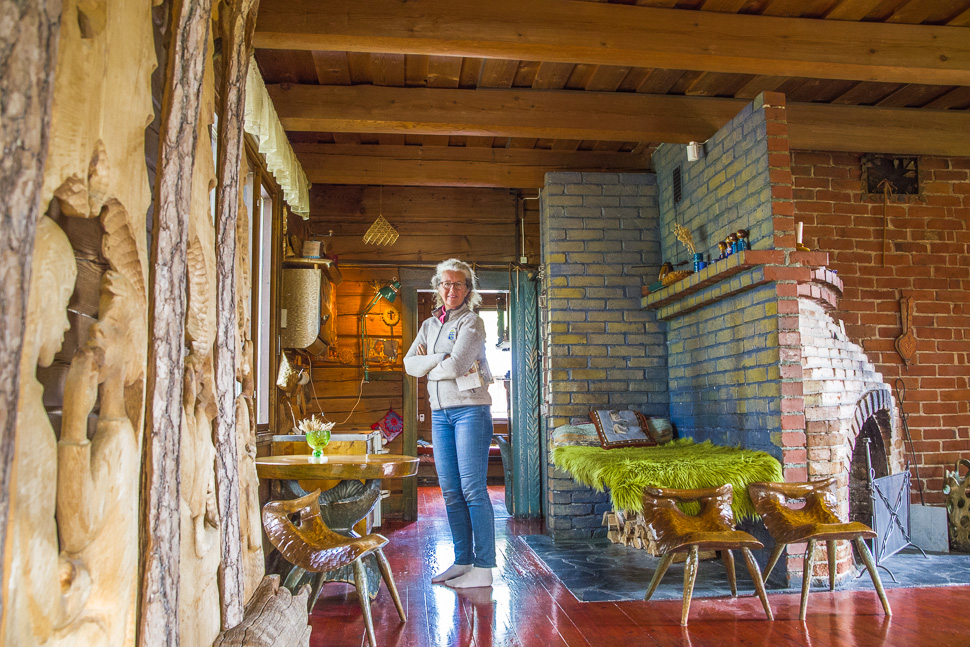 Her masterpiece was a little church built on their land, which is a very magic place still used for weddings. She had received a lot of big trees from Russia and when somebody mentioned that it would be enough to build a church, the idea started to develop from there. 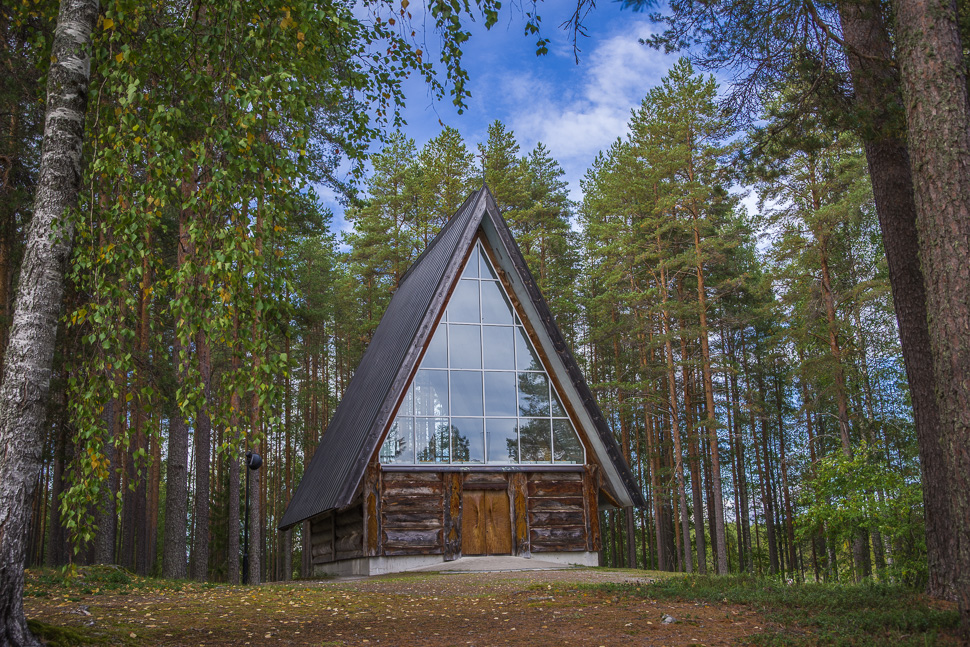 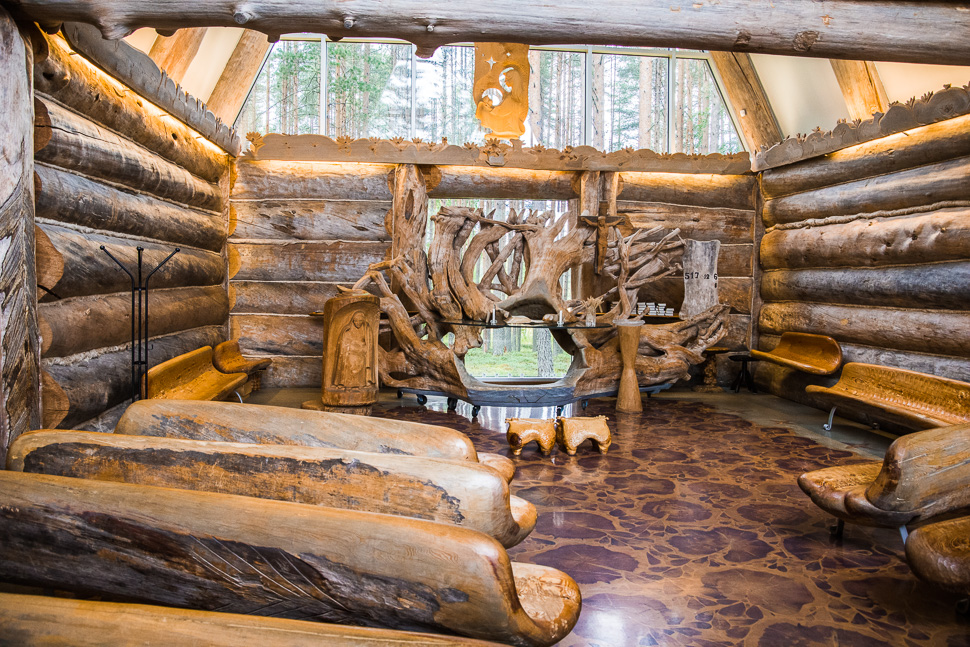 The big logs were used for the wall and also to make the benches, each out of one peace of log. The alter consists of the roots of a huge tree and the whole church has a Christmas theme. The big windows in the front and the back let the light and the forest in. 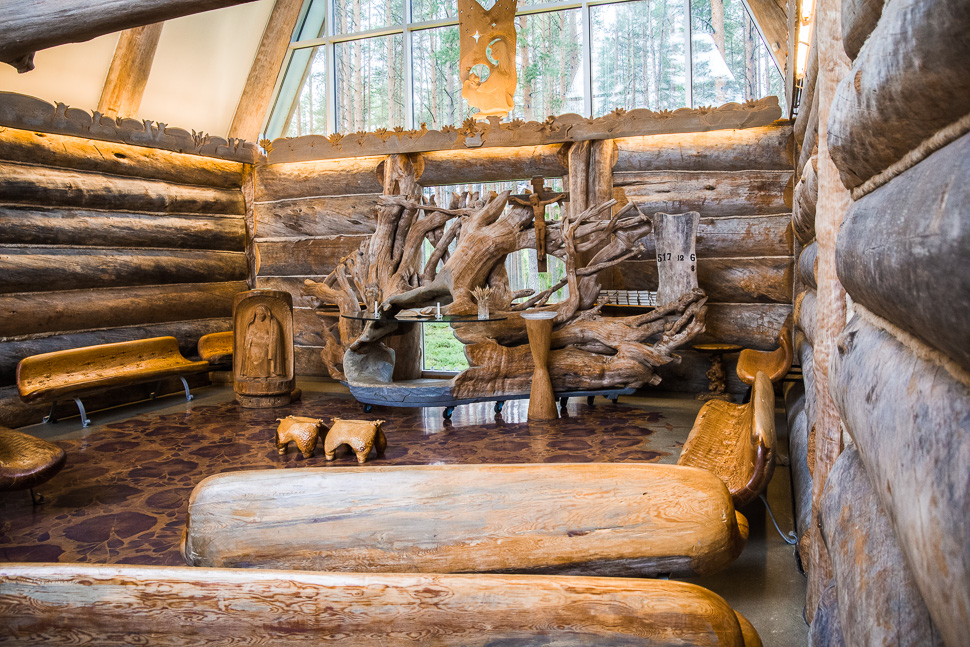 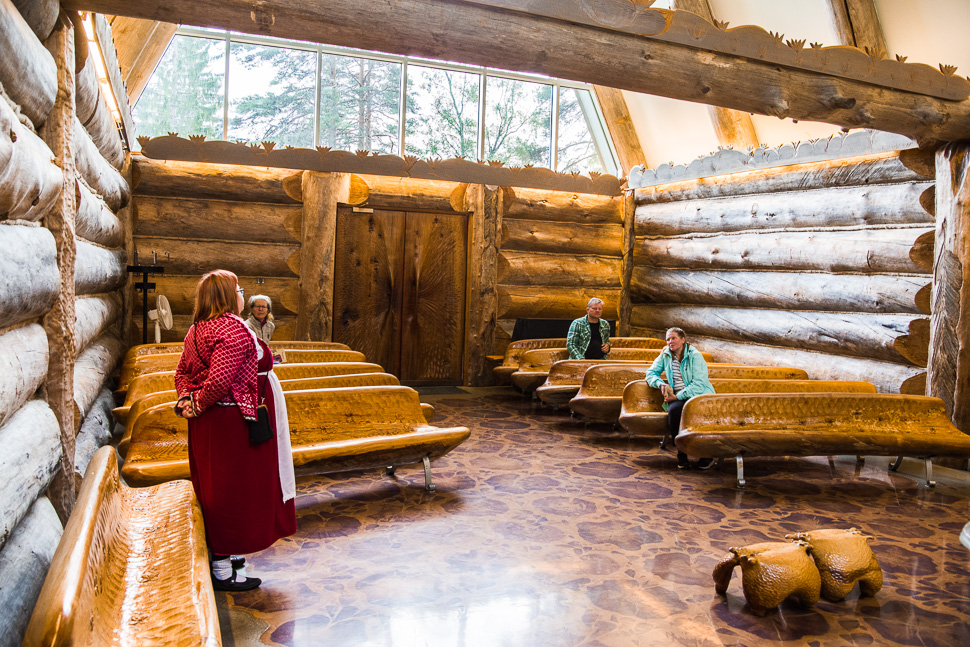 We ended our visit at the little cafe which was also built by Eva and her husband after the number of visitors to the church had grown immensely.

We had spent the night before at Patvinsuom National Park, where we went for a hike after the fog had lifted and the sun came out. 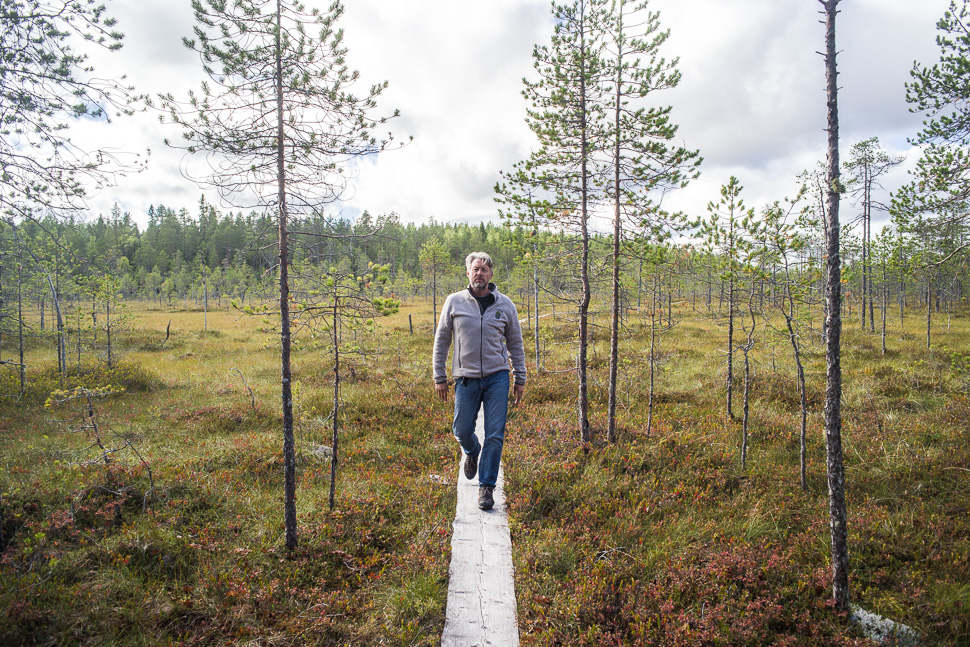 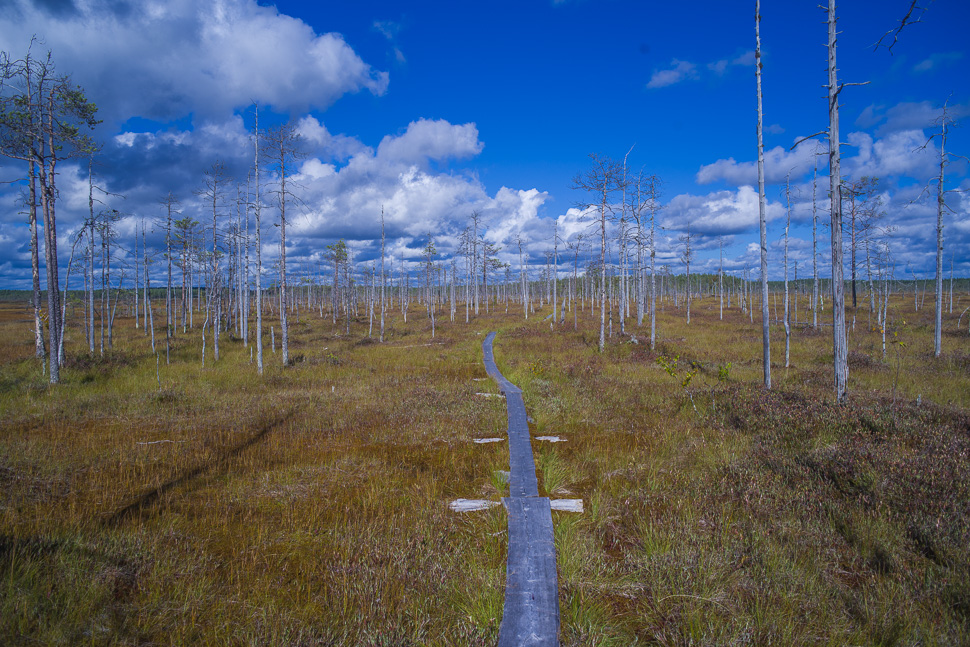 The landscape here was completely different to the endless forests we had visited before. In this park the bog was the dominating landscape and with a path of boards easy to traverse. Another special hike!! 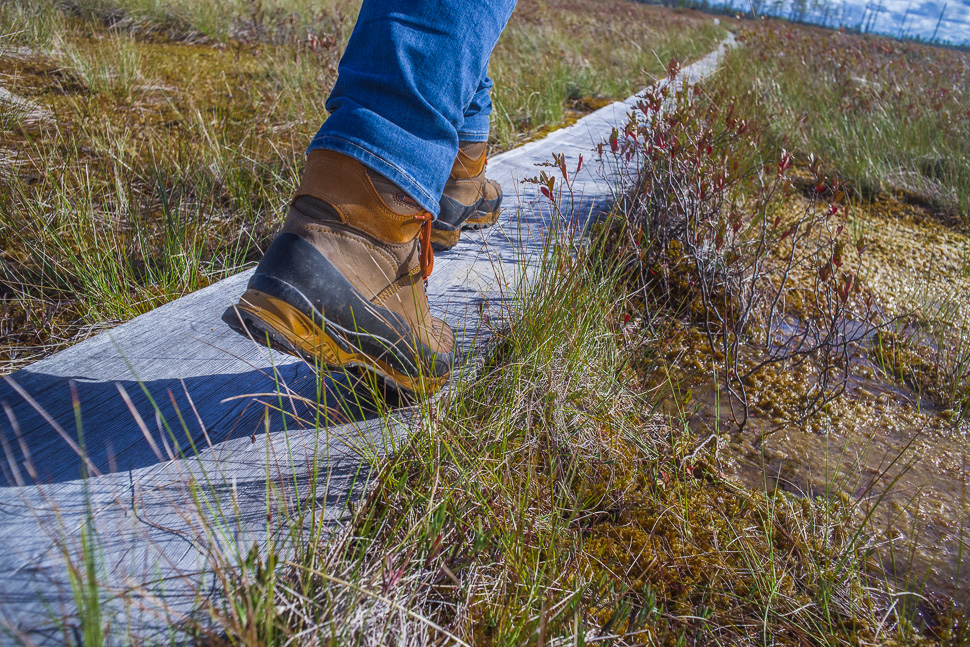